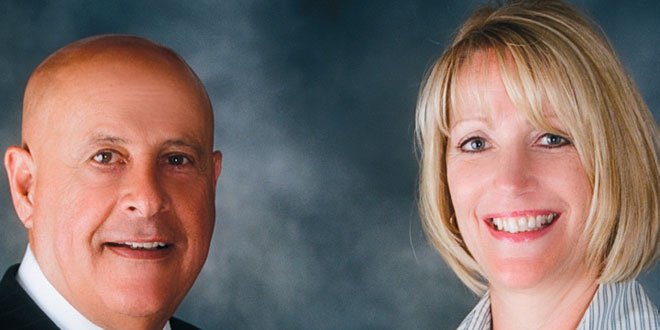 “Did you know that when you sell a house, you trigger a minimum of 18 other commercial transactions?” Debra Meredith-Peters is passionate about bringing home the point that her profession is a stronger engine for growth than it’s often given credit for in a post-real estate crash world. Peters is the broker/owner, who along with her partner, Rocky Farhat, purchased the Re/Max franchise on Marco after it was due to expire last fall. The partners also own Re/Max franchises in Sarasota, Charlotte and Lee counties and are excited to be extending their market share into Marco Island.

“Compared to the markets north of here, which are mainly generational Floridians, this market is very international. There’s been a huge influx of Canadian and German business.” It was Re/Max’s presence as a global brand that drew Peters and Farhat to joining the company. Re/Max operates in 90 countries and has over 100,000 employees. “It’s truly global in every sense of the word.” Peters likes the advantage of the huge referral network and brand recognition. “Someone visiting from Germany will see that balloon [logo] and feel comfortable knowing what they are getting.”

Re/Max Affinity Plus will move into its new location in the Marco Walk plaza sometime in March. Twenty-seven long-time Re/Max agents will stay on with the franchise, including the Sandlin team, who, Peters points out, are in the company’s ‘Circle of Legends.’ “It’s the highest accolade [for top

This Punta Gorda Internet Café sales office is the model for the new Marco Walk location.

performing agents] bestowed by Re/Max International.” Because the franchise is already populated by many experienced agents, Peters was pleased to have a top-producing team already in place. “Usually we come in and educate the agents, but here it was the reverse for us.”

Peters has made her mark on Re/Max International herself, through an innovative office space she pioneered in her Punta Gorda office. Peters took the office space located along the river and created an internet café more closely resembling a welcome center/hang-out than a traditional real estate office. Large flat screen monitors run news channels during the week and sports on the weekends.

“Everyone’s curious about real estate. You meet an agent, take magazines… it’s about creating opportunities and relationships.” It’s also about attracting a younger generation of real estate agents themselves. Peters would like to see more young people choose real estate as a profession and giving them a high-tech work environment is a key step. She hopes to add about ten new associates to Re/Max Affinity Plus.

Her Charlotte offices generated about $180 million in sales revenue last year. According the National Association of Realtors, every $1 spent on a real estate transaction generates about $1.34 in additional economic activity in ensuing year or so. That translates into $241 million in economic activity, based on Peters’ Charlotte sales. “When you have real estate agents who live and work in the community, that activity really does have an impact.”