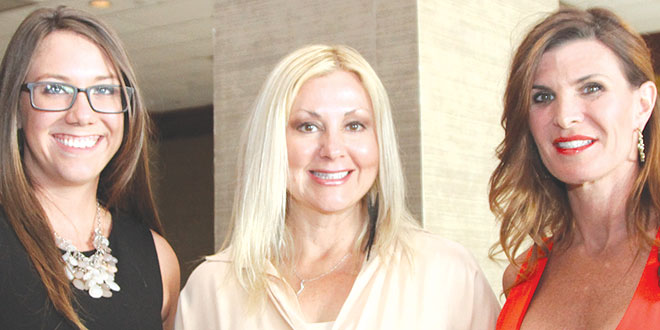 An awards ceremony for agents and employees at Re/Max Affinity Plus was held at the Marco Beach Ocean Resort. Rocky Farhat, co-broker/owner of Affinity Plus joined in the festivities. Honored guests Teri Blanco and Bryan Williamson came from the Re/Max corporate headquarters in Denver, CO, presented the awards. 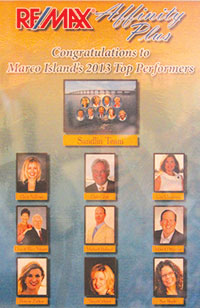 two times in the last three years.” Bill also won Realtor of the Year for the Marco Island Association of Realtors and the Volunteer of the Year awarded by the Chamber of Commerce.

Rocky thanked many of the support personnel: “I look around the room, and I see a lot of great people and I am happy you’re a part of our family.”

Congratulations to Re/Max Affinity Plus and the following agents: 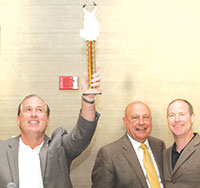 Ranked in the Top 10 Individuals in the State of Florida: Chris Sullivan

Ranked in the Top 10 Teams in the State of Florida: Sandlin Team

Teri and Bryan presented Re/Max Affinity Plus with an Achievement Award for being second in the state of Florida for sales volume.

Michael O’Rourke and Mike Boland, with Bill’s help, handed out the “Agent’s Choice” portion of the awards program. They gave flowers to the ladies who keep 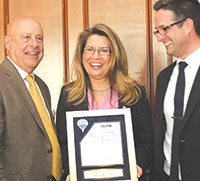 the office running efficiently. Maggie Townsend received the ‘Ringman’ award for always being in the agent’s corner. They created some new award categories, including one developed just for Rocky. The award was dubbed the “Jackalope” and was presented to Rocky for being a “character among characters.” For work ethic, commitment and dedication, the award went to Debra Meredith Peters, co-broker/owner.

A common thread among the realtors during the evening was appreciation for the positive trends in business this season. The general consensus was anticipation that many people are planning to return early this summer to purchase property.