Relay for Life and the Power of Teams 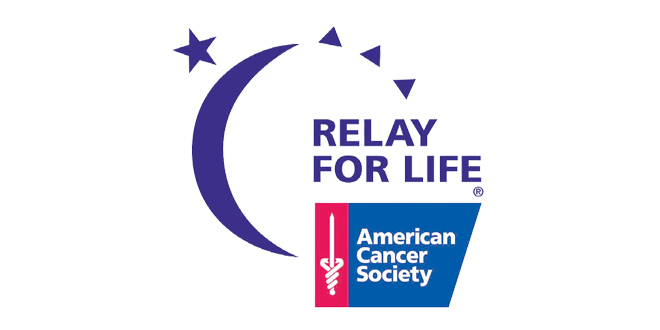 Relay for Life is known around the world. In fact, the theme for this year’s Relay is One World, One Hope. The Relay is much more than ‘an event’. It is as an opportunity for family and friends to honor those who have lost their lives to cancer, a time to celebrate those who have survived cancer and a chance to recognize those who are fighting back. But it is through the grassroots efforts of locally organized teams, that Relay for Life is able to raise funds through a gamut of fun, creative ways. These teams make each Relay for Life unique to their communities. The 2015 Marco Island Relay for Life has over 30 teams signed up so far, but there is still time to join in the fun! Here are just a few of the teams signed up in the Relay for Life:

Team Captain: Maureen Chodaba. Country Theme: Ireland My husband and I started our team to celebrate 20 years since I was diagnosed with breast cancer. The team has grown to 9 members. The name of our team is a play on words. We named the team after our dog, Buster, but we plan to “Bust Cancer From This World!” We have been raising money with 2 raffles – one for a handmade pink ribbon quilt and one for a Vera Bradley bag. I ran the 5K portion of the Marco Island Half Marathon dressed as a purple survivor angel in exchange for donation pledges. At our tent on the day of the event, we will be conducting the same raffles and offering handmade earrings. There will also be homemade Irish beer bread muffins (alcohol-free). Because pets are not allowed within the area designated for RFL, Buster will not be there, but there will be a stuffed dog wearing a leprechaun hat that barks when you pet him. You may place a sticker on our sign to “Kiss the Blarney Stone and Kiss Away Cancer.” Or better yet, “Let’s Bust Cancer From This World!”

Our team is the City of Hope, most of our team are Marco Island City employees, our families, and friends. We have members from all departments including Police & Fire. In addition, we are so fortunate to have Kyle, from MARCO FITNESS, along with Peter and a couple of his staff from JUMP HAIR & NAILS, volunteer their time and professional skills. The day of the Relay, the City of Hope team will be serving {non-alcoholic) drinks, Jamaican style! We will be selling Jamaican Lemonade & Tea; which will both be made by Pauline who owns the Del & Mel Jamaican Restaurant in Naples. We will also be selling ginger-root beer & water. Kyle, from Marco Fitness will be offering massages for $5 and Peter & staff will be there to add a little style with hair accessories. A few Jamaican items such as bracelets, hats, hot sauce, etc. will also be sold.

Team: Chicks Against Cancer and One Cool Dude

This is our third year participating in Relay for Life. We have eight people on the team with Jamie Bergen as Team Leader. We chose to be China again this year. We are doing a 50/50 Raffle for our Fundraiser. We are selling the tickets for $10 each and the winner will be drawn at Relay. They don’t have to be present to win. Last year the winner won $2300, and $2300 went to the American Cancer Society! We will be selling the tickets at CJ’s on the Bay on Thursday April 9th, if anyone is interested in buying them. Also, Jamie ran the Marco Half Marathon this year and asked family and friends to sponsor me for Relay for running it. Our team is very excited for Relay 2015!

As a service club, the Lely High School Rotary Interact Club does what it can to make their community a better place through small voluntary actions. Thanks to Interact club advisor Mrs. Mary Alice Stanfield, her crew of club officers, and the members of the club, Interact club has been able to diversify their efforts in helping others. Together, this helpful body of citizens has lent their aid to Saint Matthew’s House festooning tall Christmas trees so that they could be sold in the new St. Matthews Thrift Store and kindly making tasty peanut butter and jelly sandwiches for the homeless in the area. The Interact Club participated in two Meals of Hope Food Packaging events, one on Marco Island and the other at Lely High School alongside the Kiwanis Key Club of Lely High School. With large smiles, the group packaged more than hundreds of packages for the less fortunate. The LHS Interact Club warmed the hearts of Veterans at Lely Palms Retirement Home by making and distributing Veterans Day cards to the senior Veterans. Partnering with Habitat for Humanity, the club helped paint doors and doorframes of new Habitat Houses and through the Domestic Animal Service took care of animals big and small at the D.A.S facility. The Interact club has also made some contributions at Lely High School by volunteering to serve food at wrestling match and softball game concession stands. The group also helps sell snacks at a snack kiosk during lunchtime which brings in revenue. While nourishing the student body brings in some money, the Interact Club must not forget to thank its mother organization The Marco Island Noontime Rotary who generously donates funds to the club so that it may continue to do good for others. The Interact club then donates much of these funds to cancer research through the Relay for Life in which the club annually participates. This dynamic team proceeds to share the love to its neighbors through acts of kindness that positively influence the community and ultimately the world.

In 2015, the team from Marco Island Marriott Beach Resort, Golf Club and Spa returns to the local “Relay for Life” event for its 14th consecutive year! With over 50 employees participating, one of the largest teams at the event, they keep a strong Marriott presence on the track at all times and truly embody Marriott’s Global “Spirit to Serve” philosophy. This year’s theme, “Marriott’s Around the World Fighting Cancer” highlights the company’s commitment to Relay for Life’s cancer research and support networks-with hotels and resorts all over the world showing their pledge to the cause. At Marco Island Marriott Beach Resort, each department is tasked with securing a team of walkers and concession volunteers. While maintaining presence on the track is key, they also fine it important to support fellow supporters with energy, nutrients and amazing aroma of fresh grilled burgers! With another successful fundraising effort underway, the team from Marco Island Marriott hopes to reach a goal of $30,000 in funds in remembrance of those who have lost their battles, celebration of those who have survived and support of those currently battling this terrible disease.

Team Captains Alexis Vilk, Emily McRae and Blake DeHooghe The group began in Mr. Kirby Rients’ mentoring group and expanded throughout the student body over the past six months. Our mentoring group consists of 25 students but our Relay team contains our whole school. As a group we chose to represent the country Greece. Sine the beginning of the school year, we’ve had numerous fundraisers such as a yard sale, selling pizza and candy, and had a booth at the Farmer’s Market. As of today, we have raised close to half of our $5,000 goal. At our tent, we will be doing face painting and we are excited to be a part of the event again this year.

Team consists of 5-10 people rotating shifts during the event. The team, led by Laura the store manager, will sell cold and hot coffees throughout the event.

The Island Montessori Academy Relay Team consists of families and friends of our school community, which consists of about 40 people. We asked families and friends to participate in two different ways: to sign up for an hour time slot when they will walk for our team and to take a “Dimes Make a Difference” water bottle. If every family returns one filled bottle, out team could potentially raise over $4,000 in dimes! Additionally, we will be selling popcorn at our event on the day of the Relay with all proceeds benefitting the important fight against cancer. We chose to represent Peru because corncobs found there, as early as 4,700 BC, suggest that is where popcorn originated! We are really excited to participate this year; look for us in our bright green Island Montessori Team shirts. This year’s On World, One Life Relay for Life, will take place at Mackle Park from 11 AM to 11 PM on Saturday April 18th. The day will kick off with the Opening Ceremony/ Survivor Lap at 11 AM. The schedule is full of activities including music, dancing and guest speakers. Details are listed on page A39. A touching Luminaria Ceremony will take place at 9 PM. Lighted bags will have the names people lost to cancer or people fighting the battle and will line the track. If you would like to dedicate a luminaria to honor or remember a loved one, an order form can be requested from the American Cancer Society. For more information on signing up a team for the Relay for Life, or for a Luminaria order form, call the American Cancer Society at 239-394-8800 or email Sue.Olszak@cancer. org.