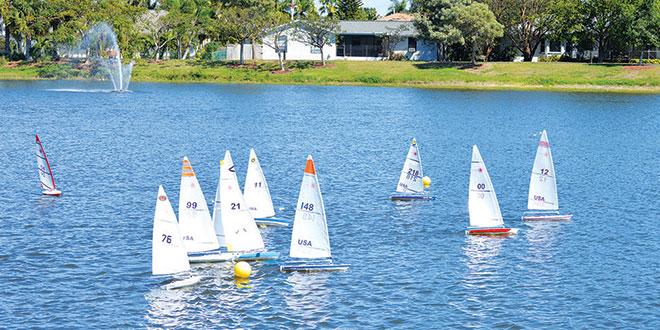 On March 5 and 6, the Marco Island Model Yacht Club (MIMYC) and the City of Marco Island Parks and Recreation Department will host the 13th Annual RC Laser Mid-Winter Championships. This event is the longest-running RC Laser regatta in the country.

It all started thirteen years ago under the direction of MIMYC Commodore George Domenech, and, for a few years, it was the only regatta for the RC Laser class. Today, every year there are over fifteen regattas held across the country. Each year, three regattas are designated as major regattas, of which the Marco Island Mid-winter Championships is always one. Expert skippers have repeatedly said that Mackle Park’s lake is the best sailing venue they have seen.

Regatta Chairman Rocky Cale said that the number of participants is limited to 32, because of the format that major regattas are using, and this year’s regatta was sold out on January 22nd. He claims that this could be the most competitive regatta held to date, with participants from across the country, as well as from Canada and the 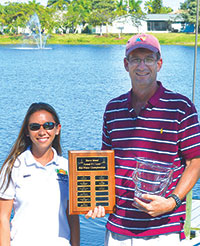 Bahamas. There are five national champions competing in this year’s regatta, and reigning Mid-Winter Champion Jim Kaighin from Marsh Harbour, Abacos, Bahamas is returning to defend his title. Kaighin has won this event the last five years. This year he will get a stiff challenge from Dave Ramos of Stevensville, Maryland, who was national champion in five different RC sailboat classes in 2014.

The MIMYC is fortunate to have Dave Brawner of Mount Laurel, New Jersey returning for the fourth year as Principal Race Officer (PRO). Brawner is also a national champion in a few different RC sailboat classes, as well as a past president of the American Model Yachting Association (AMYA). He will be ably assisted by Marco Islanders Dave Dumas, Harvey Spriggs and Mary Lee Cale.

The regatta will be conducted at the lake at Mackle Park on Saturday, March 5 and Sunday, March 6, with racing beginning at 10 AM both days, and ending at 3 PM. Registration and practice sailing will occur on Friday, March 4 at 2 PM. For more information, contact Rocky Cale at 239-642-1825.