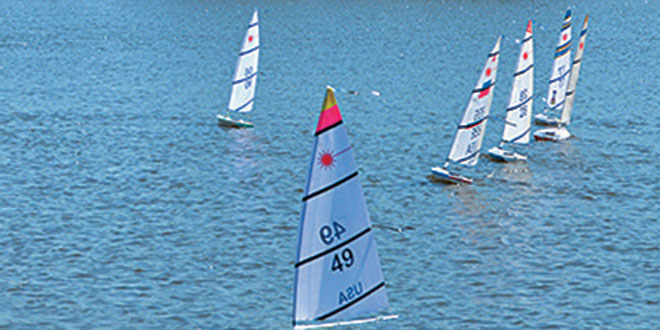 Sailors customize their boats to avoid confusion in the midst of an intense race.

The Mackle Park lake was as smooth as glass. Thirty-two miniature boats, manned by 32 grown men, could be seen gliding across the surface, the breeze giving their boats an extra push here and there. For the 13th year in a row, the Marco Island Yacht Club and the City of Marco Island Parks and Recreation Department have hosted 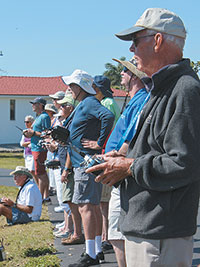 During the fierce competition sailors were hyper-focused on their boats.

the RC Laser Mid-Winter Championships. The event is the longest running RC Laser regatta in the country, and attracts competitors from all over the world. The farthest traveled contestants were from Canada and the Bahamas, respectively.

The regatta took place on March 5th and 6th. The racing began at 10 AM and ended at 3 PM. Of the 32 people competing, five 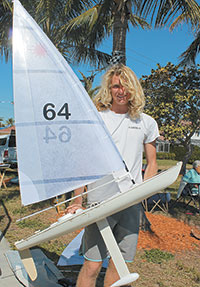 of them hold national championships, which added an extra layer of difficulty to the event. While the competition was fierce, the atmosphere was friendly among the sailors, many of who have been friends since the regatta started 13 years ago. It sort of felt like a family reunion, there was bickering, laughter and jokes shared between old pals. While the competition 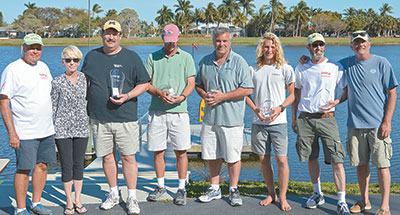 was tough, for the most part sailors maintained a level head. And when things got too intense the competitors were reminded that they were just a bunch of grown men driving toy boats.

For the past four years in a row Dave Brawner of New Jersey has come down to the Island to lend his talents as the Principal Race Officer, which 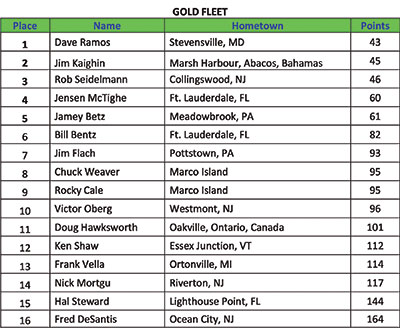 is sort of like a referee. He got the race started, kept things organized and, from time to time, diffused tense situations. Brawner is no stranger to this type of competition. He is the past president of the American Model Yachting Association and even has a few national championships under his belt. Marco Island residents Dave Dumas, Harvey Spriggs and Mary 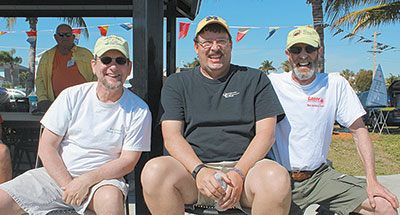 “It’s a great group of people,” said Brawner. “We have wonderful hosts. You can’t beat this because at home it’s snowing.”

This year Jim Kaighin of the Bahamas was the man to beat. He has won the competition for the last five years in a row. However, on March 6, his winning streak was finally broken. David Ramos of 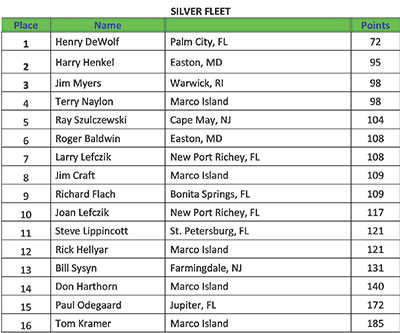 According to Regatta Chairman Rocky Cale, this has been the most successful regatta to date, and also the closest in terms of final placement. Only three points separate the top three boats in the Gold Fleet.