Punt Pass and Kick is Back 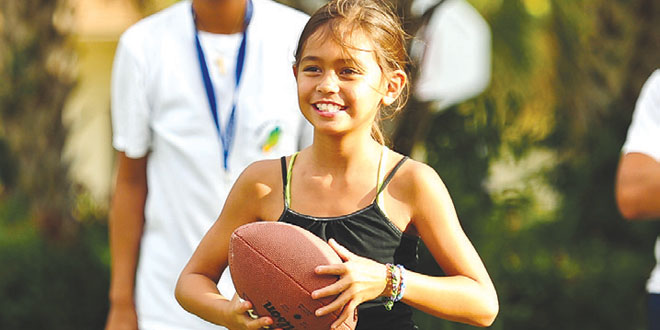 Boys and girls alike came out to Mackle Park to show off their pig skin skills on Monday, September 16, for the 9th Annual NFL Punt, Pass and Kick Competition.

“There’s no charge for the event, but it’s run by the Parks and Rec Department,” explained Alex Galiana, Administrative and Facilities Manager. The NFL sponsored event has always been popular, bringing out anywhere between 40 to 60 boys and girls between the ages of 6 and 15. This year was no different, with 65 participants, according to Mindy Gordon, Recreation Manager.

“All the kids compete in three events. They do a punt; they 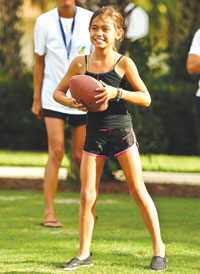 do a pass; and they do a kick. They are supposed to keep the ball as straight as possible and send it as far as they can,” added Galiana.

Team Championships are held in the morning on a game day at the Miami Dolphins stadium. Those who have made the cut have a chance to 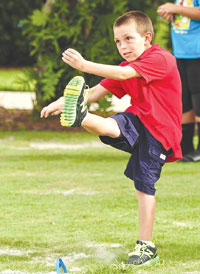 tour the stadium, watch a game and go out on the field at half-time to be recognized for their athletic prowess.

In fact, just last year Abigail Meredith of Marco Island won the female ages 10/11 category, advancing her to the Sectional Finals held at the Miami Dolphins training facility in Davie, Florida. Will she return to claim victory once again?

Every year, the competition is fun yet fierce. The results of the NFL Punt Pass and Kick Competition were not in as of press time, but the event, as always, brought big kicks, long passes and powerful punts.