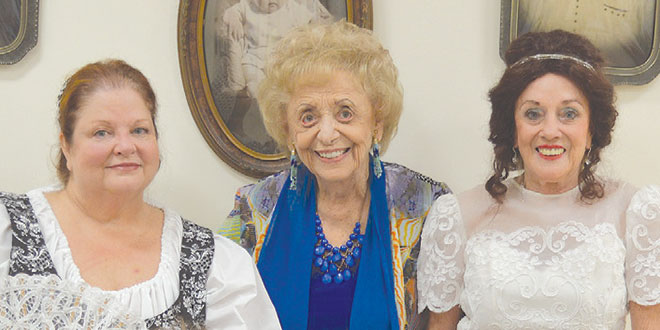 A veil is lifted during the course of the Marco Island Historical Society Re-Enactors’ “Meet the Presidents’ Wives.”

The annual Historical Society production shines a light on the roles of several first ladies during their husbands’ terms in the White House. Performances are set for 2 PM, Sunday, Feb. 15, and at 7 PM, Monday, Feb. 16, at the Marco Island Historical Museum’s Rose History Auditorium.

Kay Folsom serves as moderator for the performances. She is also responsible for bringing the idea to the Historical Society for what has become an important fundraiser since it began three years ago.

“We’ve had sold out audiences, and last year, we raised about $12,000 for the Historical Society,” said Folsom, who has portrayed Eleanor Roosevelt and Betty Ford, in previous “Meet the Presidents’ Wives.” “A lot of people have asked and are looking forward to buying tickets this year, so we want to keep it going.”

The re-enactors conduct their own research and write their own scripts, with assistance from Saundra Martell, who keeps a keen eye on their historical accuracy.

Each year sees a 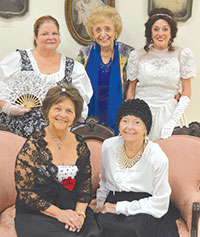 “They all have a story to tell,” said Martell. “We’ve chosen them, sometimes for their differences. They don’t even come from the same era, sometimes. Very often, we simply have chosen women we thought would be interesting because of their contributions to American history and they also just happened to be married to presidents.”

After tackling Nancy Reagan and Patricia Nixon in the past, Nicolay is looking forward to once again, taking the stage. “Oh, it’s the most fun; I’m a big ham,” she said with a big laugh. “I love getting up there.”

She found Edith Galt Wilson intriguing because she married her husband Woodrow in 1914 and was with him through WW I to its conclusion in 1918.

“In 1919, he had a stroke and she took over the country and she ran it for many, many months until he left office,” said Nicolay. “And not many people knew. It was kept secret from the populace. You couldn’t do that nowadays, with the media being the way they are. But she did.”

Sarah Polk was behind the scenes, but integral to the James Polk administration (1845 to 1849). Kropp said she helped her husband campaign and write speeches, and kept abreast of politics in the press for him. “What I learned about Sarah Childress Polk is 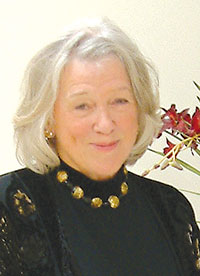 that there was a lot that she did that had she not done it, I don’t think her husband would have been as successful,” she added.

Doreen Hertel was captivated by the vitality Julia Tyler injected into the final eight months of the John Tyler (1841-1845) administration. The socialite was Tyler’s second wife, 30 years his junior, who was responsible for refurbishing what was a rather shabby White House at the time.

“She loved looking pretty,” said Hertel. “I think I would like to have lived in the 1800s. That was a nice time. A woman was beautiful and didn’t have to do anything. No cooking, no washing, just being waited on.”

For Judy Daye, Helen Taft’s strength tempered by vulnerability was the draw.

“I kind of admire her because she had a lot of grit,” said Daye. “From the time she was a child, she was always insecure. But she was definitely an independent thinker. She was a bright lady and she had very definite ideas and very definite goals and by golly, she attained them.

Tickets are $20 per person and can be purchased at the Historical Museum gift shop or at Kay’s on the Beach (1089 Bald Eagle Drive). The gift shop is open from 10 PM-3 AM, Tuesday through Saturday. The museum is located at 180 S. Heathwood Drive.