Policeman of the year 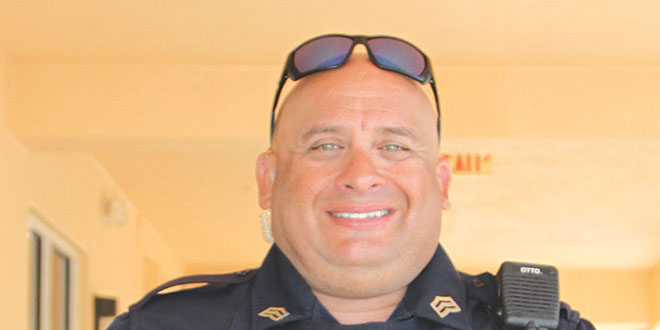 Sgt. Hector Diaz was named Policeman of the Year for 2013. It’s an honor more distinguished by the fact it is chosen by peers. Diaz is known on the island not only as a long-time policeman, but also as a family man, a coach and a professional fishing guide.

Diaz is a graduate of the St. Augustine Police Academy where he was class president. He joined the Marco Island Police Department in 1999 as a patrol officer. As he was trained as a K-9 handler, Diaz brought a police dog down from Jacksonville and gave demonstrations of the dog’s capabilities at events at Mackle Park. He worked with police dogs for seven years, was a motorcycle officer for another two years and then moved to the Marine Unit. From there, he went back on the road as a field training officer. Diaz has saved a number of lives in his career – more than any 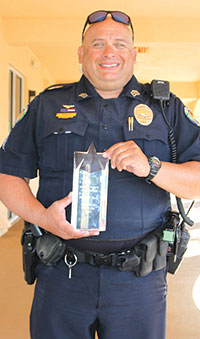 other officer – including those of several children.

In August, Diaz will celebrate 15 years of service to the Marco Island community. He was promoted to sergeant two and a half years ago and is still a field training officer.

“Being out in the community and talking to people is my favorite part of the job; talking to the kids at Mackle Park and encouraging them to play sports,” he notes.

Diaz brings a positive attitude to all he does and believes in doing a job well. This philosophy transfers to his coaching style. Many young, aspiring athletes were coached by Hector during his nine years with the Optimist Club and First Baptist. Some of those years he served on the board of directors and as head coach of the entire football program. He also coached soccer.

Hector married his wife Chris in 2008. They have six children. As an avid boater and fisherman, Hector runs Quality Backwater Fishing Charters when he has “spare time.”