Point of No Return… 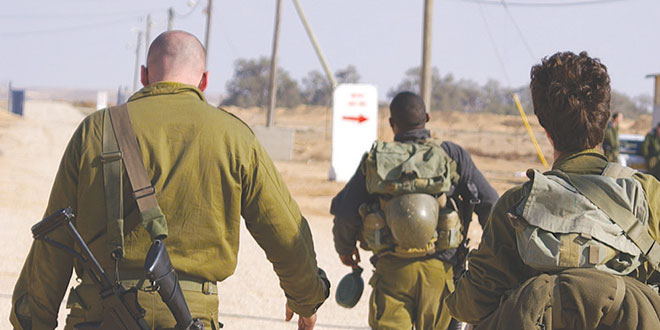 I was up most of the night listening to the thunderstorms and watching the lightning strikes light up the cloudy summer sky over Marco Island. As a kid growing up in a suburb on top of one of the seven hills which make up the city of Istanbul away from the blinding city lights, I used to love to watch the summer storms with my mother who was totally afraid of the phenomenon yet stayed up to watch the storms with me because she felt a great sense of awe at the power of nature.

Being up late at night or early in the morning, always gives me a chance to surf the news outlets on the internet; watch world news digital TV; and read various newspapers from around the world. It was a long night and early morning, but very fruitful for someone like me who thinks news is the best music one can listen to.

The major news item all night and early morning was the fighting in Gaza. I specifically prefer to call it “fighting” because it is not a war. Wars are fought between regular armies of two or more opposing sides. In Gaza, a regular Israeli army is fighting against a terror organization called HAMAS, which is not a regular army and therefore does not abide by the international rules, regulations and treaties related to wars and whose fighters do not necessarily originate from the area where the fight is taking place. Hamas is a terrorist organization supported by Iran which has taken the Palestinians living in Gaza hostage and uses them as human shields when it fits their needs and plans. Israeli Defense Forces (IDF) is a regular army, operating under internationally accepted principals related to wars. So much for the light stuff…

Hamas knows they can never defeat the IDF on the battlefield, so they fight a propaganda war using babies, children and women as human shields. They gather these civilians into mosques, schools or United Nations facilities, and then launch their rockets from that spot towards Israel. Within seconds of launch, IDF gunners can pinpoint the location of Hamas launchers firing various rockets into Israel, and their computers transmit the information to the howitzers, helping them fire back within minutes to knock out launchers with pinpoint accuracy and killing, maiming or seriously injuring all or most of the occupants placed there by Hamas. The scene makes great front page photography for the anti-Israel press and dispenses propaganda at the expense of the innocents.

I spent the night listening to anti-Semitic (not anti-Israel) stories in world news outlets, hearing first-hand the Muslim Brotherhood puppet Prime Minister of Turkey screeching at political rallies: “Jews will be drowning in the blood of the little angels and innocent women of Gaza.” Some American talking heads blamed Israel for defending herself against thousands of rockets raining on her cities for the last month, pointing at the number of civilians killed and injured. (One must learn not to rely on these numbers which come to us from the Department of Health in Gaza — controlled by Hamas.)

The icing on the cake for me this past week was to hear the so-called United Nations Human Rights Commission (partially consisting of such glorious human rights protector members as Peoples Republic of China, Cuba, Congo, Sudan, Zimbabwe, Pakistan, Russian Federation and Indonesia) call on Israel to share their Iron Dome defense system with Hamas! You can’t make this stuff up. “Give the terrorist who are attacking you to kill your people a defense system so they can do their job better without any interruption!” I almost gave up at that point but then remembered the source — the United Nations.

We as Americans must understand that Israel as a country has a right to defend itself. Surrounded by Hamas, Hezbollah and Iran, it is a beacon of democracy and human rights in the Middle East. Israel represents everything America is supposed to represent and more — under the most adverse conditions one can ever imagine.

All the billions (yes, billions with a “B”) of dollars which have been sent to Gaza to rebuild the infrastructure and feed the Palestinian people have been hijacked by Hamas and used for building elaborate tunnels into Israel (using cement supplied from Israel as the IDF found out) to kidnap and kill innocent Israeli men, women and children. Every dollar we sent to help elevate the people of Gaza has been turned into rockets and bullets. We must wake up and stop helping our enemies. Is that such a difficult concept? Why not cut the aid completely?

If America and the West choose not to assist Israel in totally eliminating the enemies of humanity today, rockets will be raining on Western Europe and the United States of America tomorrow. We already discovered many tunnels coming from Mexico right into to our border states, dug up by drug cartels to move drugs and illegals into the USA. These same tunnels may and will be used by Hamas, Hezbollah, Al-Qaeda or ISIS to infiltrate our cities and towns in the near future. Our borders are not secure; our leaders are derelict in their duties to protect us; and the situation is about to reach “the point of no return.”

The term “point of no return,” more often referred to by pilots as the “Radius of Action formula,” originated according to the Oxford English Dictionary as a technical term in air navigation to refer to the point on a flight at which, due to fuel consumption, a plane is no longer capable of returning to the airfield it took off from.

I am afraid the events taking place around the world coupled with the worldwide crisis of lack of true leadership have put us on a course where we are fast approaching the “point of no return” when we are going to have to fight for every moment of freedom and every inch of territory.

I hope and pray for all humanity that we never reach that point.