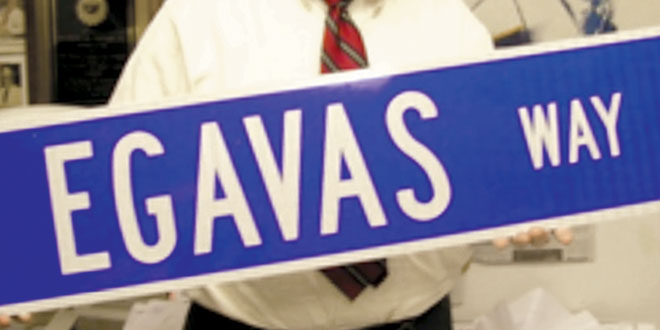 During its Aug. 1 regular meeting, the city of Marco Island Planning Board approved a proposal from the Marco Island Historical Society (MIHS) to name 11 currently unnamed alleys around the island after major players in Marco’s history. With a vote of 6-1, the proposal was passed onto City Council for review and approval.

The proposal is the brainchild of Marco Island historian and attorney Craig Woodward, who worked with several members of the MIHS to come up with local historical figures who were not already recognized in some way around the island. The resulting list includes modern Marco marvels, early island pioneers and important figures from the Key Marco Cat and Cushing expeditions.

According to Woodward, the alley locations correspond to the persons or events after which they will be named. For example, the alley behind Sasso’s and the Sea Turtle parking lot, which stretches from Winterberry Drive to Valley Avenue on the south end of the island, is slated to be called Muspa Way for the Indians who lived on Marco Island between 500 B.C. and 1300 A.D., predating the Calusa. Woodward found that early European maps identified Marco Island as “Muspa,” “Muspa Island,” “La Muspa” and “Punta de Muspa.” 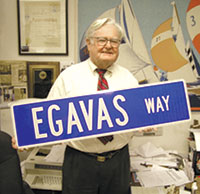 Herb Savage holding a sign with his name reversedsimilar to “Elkcam” for “Mackle.”

depth through the words and pictures collected and written by Woodward, beginning with modern Marco, then on to pioneers and wrapping up with the Key Marco Cat and Cushing expeditions.

“Modern Marco” encompasses the beginning of development of Marco Island by the Mackle brothers and The Deltona Corp. in 1965 through present day. When the Mackles opened the island in 1965 having pre-named all of the streets, they did not name any for their staff who would later have a large impact on Marco. Except for Elkcam (Mackle spelled backwards), and the later naming of Frank Mackle Park, Gene Sarazen Park (by Marco Island Civic Association) and Jane Hittler Park (founder of the Greater Marco Family YMCA and other civic achievements), the generation who created the Marco Island we know today goes unrecognized — until now.

Alley No. 1, a 3,000-foot stretch of alley located behind Bealls, CVS and Ehlen Flooring from Elkhorn to West Elkcam Circle, will be named “Herb Savage Way” for Herbert “Herb” R. Savage. Few on Marco Island are unfamiliar with Savage, who leads islanders in rousing renditions of “God Bless America” at various Veteran events and whose 95th birthday recently was recognized by a City Council proclamation.

Savage served as the chief building architect for The Deltona Corp. working under Jim Vensel. He designed the Deltona Sales and 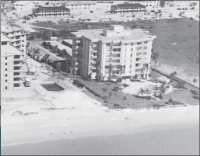 Administration office which was the first building done in a Polynesian-style and was located where the current Marco Island Fire-Rescue Department is. He went on to design the first 22 model homes (on Chestnut and Tahiti) all done with modern air conditioning, gas for cooking and affordable prices. The original Country Club was designed by Savage as a Polynesian village that would have nine buildings all with wood shake roof and bamboo trim.

On the beach, he first designed the Voyager Hotel and later the adjacent Marco Beach Hotel with its stunning front entry drive and its spectacular lobby view over the pool and Gulf of Mexico. He also designed the original Quinns on the Beach bar and restaurant as well as the glass building that is currently Marco City Hall. The “face and image” of Marco was shaped by Savage. He has been a member and supporter of many of Marco’s organizations — a visionary forefather who has become a beloved Island resident.

Alley No. 2, a 2,600-foot stretch of alley located behind Walker Marine, Porkys Restaurant and Lounge and Wells Fargo Bank between Bald Eagle Drive and East Elkam Circle, is set to be named “Jim Vensel Way.” The land planner and designer of Modern Marco, Vensel was a long-time employee of the Mackle Brothers and was vice president for

Jim Vensel’s Master Plan for the development of Marco Island.

architecture and engineering. He arrived with the Mackle Brothers — Robert, Elliott and Frank — the first day they set foot on Marco Island to survey it for possible development.

Amazed at the Island’s potential, Vensel’s big concern was fresh water, which was not readily available on the island in sufficient quantities. They found an old rock quarry seven miles north of Marco owned by the Colliers and brimming with fresh water (now known as Marco Lakes). However, it would require a pumping station and a purification plant on the island. In addition, Vensel laid out all of the roads and canals, placing the roads whenever possible in areas of higher ground and the canals in marsh or swampy areas. It is the Marco Island we know today that he created over Memorial Day weekend in 1964.

Vensel also named all of the streets, including Elkcam, and honored many of Marco’s pioneers with streets named after them in Caxambas. After Vensel was done, he had provided for 10,839 home sites of which 75 percent were on 91 miles of canals, 275 acres for business and commercial, and areas for hotels, condominiums, apartments, five schools and 17 church parcels. We owe a lot of the vision for a well-planned community to Vensel.

Like “Savage Way,” it is appropriate that “Vensel Way” be in the 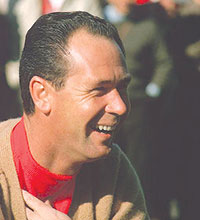 Anthony David Lema was an American professionalgolfer who rose to fame in the mid-1960s, but lost hislife at age 32 in an aircraft accident.

Alley No. 3, a 1,200-foot stretch of alley located behind McDonalds and Cocomo’s Grill between West Elkcam Circle and Park Avenue, is slated to be called “Neil Bahr Way.” Bahr began his career with the Mackles with a successful franchise in Ohio. In fact, he was so close to the Mackles that he was known as the “fourth Mackle brother.” Bahr was in charge of the marketing and sales efforts, and earmarked $600,000 for advertising for the Grand Opening of Marco Island on Jan. 31, 1965, including full page spreads and color supplements in 30 major newspapers, bus placards, and nearly 700 television and radio spots.

Bahr’s efforts were very successful. In the first month, Deltona received more than 50,000 requests for information, and 25,000 people showed up for opening day. Bahr oversaw sales offices in 47 foreign countries, mostly in northern U.S. but also in Europe, Latin America and the Far East. He created the Air Caravan Program “Fly & Buy.” Clients who signed a contract and wanted to see the property could fly down for a two-night/three-day weekend at the Voyager for $99. Nearly 75 percent of the lots and more than half of the houses were sold this way. Much of the rapid success of the selling of Marco Island is attributable to Bahr. 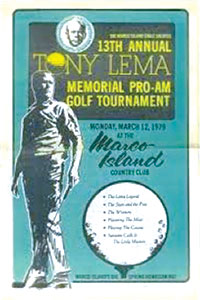 a 1,200-foot stretch of alley located behind Veterans Memorial Park and Island Tower, will be called “Tony Lema Way” in honor of “Champagne” Tony Lema, the Mackle brothers’ choice to be the first resident golf professional at the Marco Island County Club.

Before getting a start in golf, Lema was a U.S. Marine serving in Korea. He had 19 professional wins, and in 1964, he beat Jack Nicklaus by 5 strokes to win the British Open. Unfortunately, he was killed at age 32 in a plane crash on July 24, 1966, a time when he was second only to Arnold Palmer in fan popularity.

See the Aug. 22 and Sept. 8 issues of CBN for the next installments of the MIHS’s alley naming proposal.