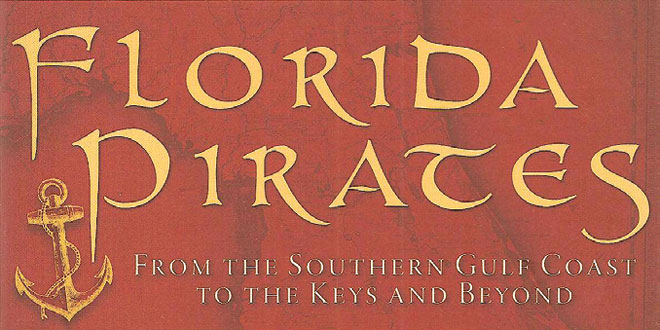 Ahoy mateys! Arrrr ye ready for a day of plundering and pillaging at the Marco Island Historical Museum? On January 26, the museum will host its first ever Pirate Day in honor of the pirates of Florida’s coasts. It’s true; pirates played an integral role in Florida’s history. Just ask James and Sarah Kaserman, authors of “Florida Pirates: From the Southern Gulf Coast to the Keys and Beyond;” they will be the special guests of the day.

In an effort to give the museum branches their own identities, “all of the Collier County Museums have an annual event. The main museum has the Old Florida Festival and the Everglades Museum has the Marjorie Stoneman Douglas Festival,” explains Lisa Marciano, Museum Assistant at the Marco Island Historical Museum. The Naples Depot and Immokalee Museums of Collier County also host annual events. “The Marco Island Museum didn’t have an event yet,” and so the idea was born for an annual Pirate Day.

From noon until 4:00 PM, the Marco Museum will go back in time to explore the history of pirates in Florida. The free event (the museum is ALWAYS free) is family-friendly, including a treasure map hunt where kids will receive “booty” when they finish. 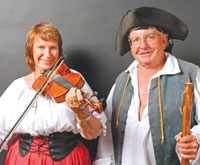 the roles pirates played in Florida from the Kaserman’s as they sign books and talk pirate (and hopefully talk like a pirate). Their book is full of interesting facts such as this tidbit provided by the couple:

“Lovers Key State Park is named by/for Anne Bonny and Calico Jack Rackham. In 1719, Calico Jack Rackham and Anne Bonny while on their ‘honeymoon cruise’ commanded a pirate ship, the Curlew. Following a sea battle in which the Curlew’s main mast was shattered, a hurricane blew the stricken ship northwest into the Gulf of Mexico to the mouth of the Estero River and Estero Island. Rackham and Bonny erected a palm thatch hut on the island across the bay from Estero Island while the crew went up river to cut trees to repair the ship. During this time of repair to their ship, the lover’s conceived their first child and named the island ‘Lover’s Key.’ The child was later born in Cuba.”

Tampa, Sanibel and Captiva, to name a few, also have rich pirate pasts.

Become a part of the pirate tradition by taking part in this first annual event. Surrender to the excitement or risk walking the plank!

To learn more about Pirate Day, visit www.themihs.org or call 239-642-1440. Find out more about the Kaserman’s at www.sarahjameskaserman.com.