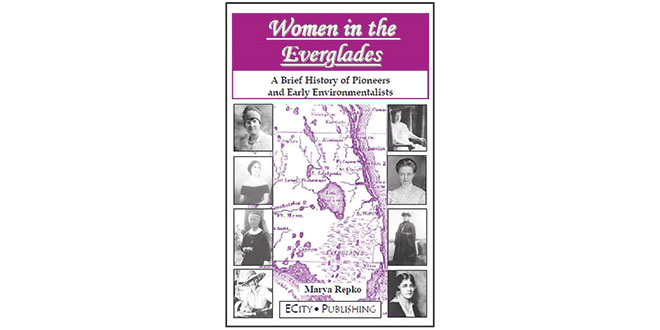 A century ago, the first woman to be mayor of a city in Florida was Marian O’Brien, who was elected in 1916 when the little town of Moore Haven, west of Lake Okeechobee, was incorporated. Included in its statutes was the right to vote for women – three years before Amendment 19 was passed in 1919.

Marian was a competent businesswoman who took over her husband’s holdings in remote Florida after he suddenly passed away. She created a bank, a hotel, and other amenities for the new town. She then went on to help found Clewiston and the sugar industry there.

You can read more about this amazing woman who achieved so much in those early days in the new book “Women in the Everglades,” which describes some of the brave pioneers who lived on the fringes of the River of Grass, from Miami to Sanibel and parts in between.

For information, see www.ecity-publishing.com or phone author Marya Repko at 239-695-2905.