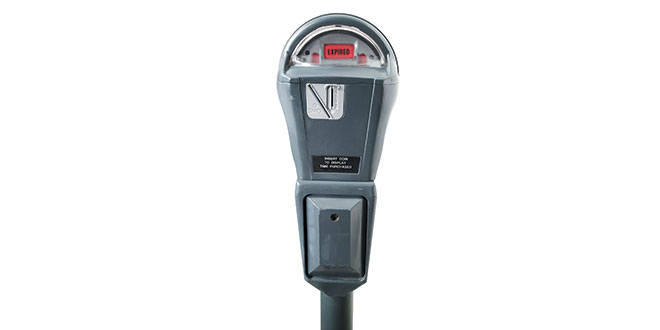 Parking meters may be making their debut on Marco Island if a proposal to install 10 meters on Elkcam Circle is approved by City Council. The recommendation came after Guy Verdi, owner of the Philly Grille on Collier Boulevard, appealed to the Marco Island Planning Board that his planned expansion was jeopardized by updated parking requirements. “We need to expand, or close our doors. I feel like Marco Island is putting us out if business,” Verdi told board members at their Sept. 5 meeting.

City Manager Roger Hernstadt explained that it was his and the Planning Board’s job to make recommendations to help businesses, while maintaining control of public property, and in turn, collecting revenue on the use of that property for the city. The meters are a conciliatory attempt to give Verdi his expansion, while meeting the required 8.75 parking spaces needed to fulfill code requirements. If approved, Verdi would pay the $10,000 cost of the meters over five years, and the city would collect the revenue on the $1 per hour meters.

When Verdi took over the restaurant space which was once Amigos, he said the original occupancy was 65 seats. “Permits and planning knocked it down to 35 seats so I came back and was granted occupancy for 54 seats.” However, recent changes in the code have cost him 12 seats, which Verdi says has “put me in a financial bind.” He estimates the loss of 20 percent of his business if he cannot expand.

Philly Grille is one of many restaurants located in shopping centers around the island. According to the city code, restaurant space may not exceed 20 percent of the center’s total footage with a parking spot allotted for every four seats. There is no additional parking space onsite at Verdi’s location. The board asked if sharing parking with nearby businesses was considered, but Verdi said he had not looked into it. The two closest businesses are Wells Fargo Bank and Chase Bank.

In other business, the planning board reviewed plans for a two-story observation deck on Tigertail Beach. The wood frame structure will be similar to the structures in the 10,000 Island Wildlife Refuge. Construction will be funded by Collier County Tourist Development tax funds and will take place in 2015.

The proposed location is at the north end of the beach near the lagoon area. Maura Kraus, Collier County’s principal environmental specialist, told the board that the sandy site selected was part of the Great Florida Birding Trail and provided the best exposure to wildlife sightings and the lagoon. I don’t necessarily support this location,” Board Member Charlette Roman said, expressing her concern for digging into a live mudflat to set the concrete foundation. Her suggestion was to erect the deck loser to Crossover Six at the south end of the beach. Collier Parks and Recreation representatives agreed to take a second look at the location, but admitted a change also could ratchet up construction costs.

Finally, a nine-month moratorium on the transfer of development rights was approved by the board. While this moratorium is temporary, Hernstadt said it will provide time for the board and city staffers to develop a detailed analysis of the impact these transfers will have on future development and in effect “raise the bar” on protecting city-owned waterfront property.

The next Planning Board meeting is scheduled for Sept. 19.