Pancakes, Planes and Festivals in Everglades City, Oh My! 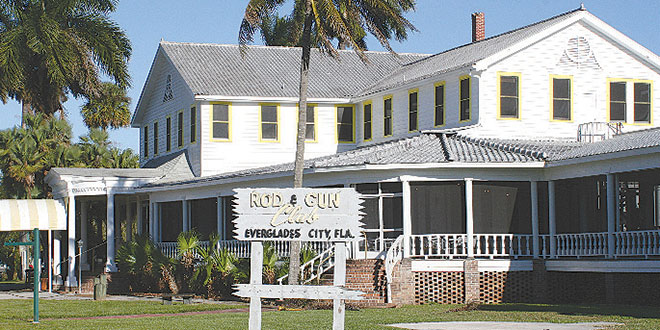 Season has sprung in Everglades City, and the list of upcoming events is growing by the day.

You don’t have to be a pilot to fill-up on pancakes Saturday, Jan. 24, at the Everglades Airpark in Everglades City.

The season’s first pancake breakfast is free and open to the public 10 AM- 12 PM. Hosted by Wings 10,000 Island Tours, the once-a-month event has been going strong for about 12 years. Chuck Gretzke of Wings 10,000 Island Tours said the breakfasts are held to focus attention on the small airport which has the distinction of being the first certified state airport and the oldest state airport, known as X01. Gretzke 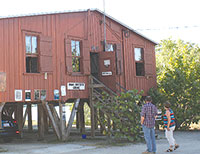 noted that the monthly fly-ins have attracted as many as 75 airplanes and 225 hungry attendees.

FAA “Wings” program will be held 12:00-1:30 PM for pilots seeking to maintain their ground and air certification.

Reserve your seats now for the upcoming Smallwood Music Festival set for Saturday, Jan. 31, in Everglades City. VIP seating is limited, and according to Marya Repko of the Everglades Society for Historic Preservation, there will be a cap on admission of about 100 people for the VIP seating. General admission is wide open, unless safety becomes an issue with crowds.

The first-ever festival will benefit the Smallwood Store, a 1906 trading post in Chokoloskee 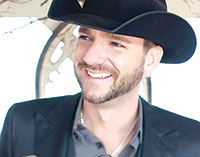 which is now open as a museum. A four-year legal battle over the access road to the landmark has incurred weighty legal fees for Lynn Smallwood McMillin and husband Gary, who are caretakers of the old store/turned museum.

The event will be held on the grounds of the historic Rod and Gun Club on the Barron River.

Raffle tickets will be sold for a fine art photograph by Everglades artist Clyde Butcher and tiles by Naples artist Muffy Clark Gill. Arts and crafts will also be featured. Admission is $40 for VIP seating and $10 general admission (bring your own chair). To book tickets, go to www.evergladeshistorical.org.

The Everglades City Seafood Festival is also coming up Feb. 6-8. Started 40 years ago as a small fundraiser to buy playground equipment for McLeod Park, the festival has earned statewide acclaim. “All the fun of country fair with live music and fresh seafood” as it is known will feature local talent as well as Nashville headliners Craig Campbell and

OUTSHYNE. The event is sponsored by the Betterment Association of the Everglades Area with proceeds donated to local projects.

Also in February is the 11th Annual Marjory Stoneman Douglas Festival, recognizing the tremendous contribution of Douglas who was an author, journalist and environmental activist, best known for “Everglades: River of Grass” published in 1947.

Her life spanned two centuries (1890-1998). The four-day event will feature educational and historical activities, excursions, opening with a luncheon on Tuesday, Feb. 24, with guest speaker Charlie Munroe, grandson of Commodore Ralph Munroe of the Barnacle Historic Park in Coconut Grove.

Reservations for the luncheon at Everglades Isle and a complete schedule of events can be obtained by calling Museum of the Everglades at 239-695-0008.