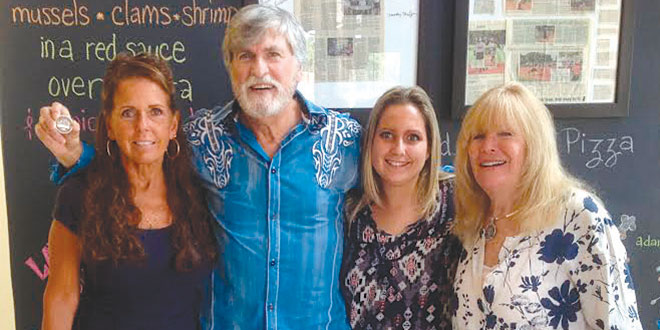 Debbie Walsh went grocery shopping at Winn-Dixie at the end of July. On her way to the store from the parking lot, she spotted something on the ground and picked it up. Interestingly, it was a coin that read Army Special Forces. Debbie thought this might be important, so she picked it up. Debbie asked a few people, who knew nothing about the coin, so she gave it to her daughter, Molly Hennings, to see if she had any suggestions. Molly posted it on popular social media. “We received an email from ‘Coastal Breeze News’ asking if they could run the lost coin in the newspaper, and we said sure,” said Molly. “I sent the photos I had taken, and ‘Coastal Breeze News’ ran it looking for owner.”

She added: “A couple weeks later, I received a phone call from Frank Keefer. He was able to give me details about the coin that were not seen in the newspaper. We were certain we found the owner, and after several emails and text messages back and forth, we were able to return the coin to Frank. He shared some of his story with us, and that is where it got really interesting.” 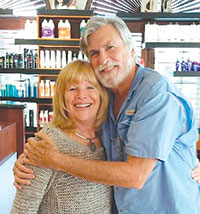 in Action.” The Marine Corps wouldn’t guarantee that Frank would be stationed where his brother went missing when he re-enlisted. The Army, on the other hand, rolled out the red carpet. Frank knew that would be his best bet in finding his brother. In the Army, Frank was a Green Beret and Ranger.

Frank received the Special Forces coin from retired Sargent Major Jon Cavaiani, a retired Special Forces POW and Medal of Honor recipient. He was given the coin at the Presidential Ball in 1984. Frank and Jon served together in the Army.

When life in the military ended, without saying too much, Frank started an international security company where he trained military personnel from hostage negotiations to breaching targets. After managing and owning multi-million dollar corporations, Frank has authored 6 books, which also include some of his adventures. The net proceeds go to charities, such as St. Jude’s children’s hospital and various disabled veteran organizations. For more info on Frank’s books please go to www.frankkeefer.com/.

Now Frank has been reunited with his coin, which he says is his most prized possession. To him, it is more than “just a coin.” Debbie and Molly had the pleasure of meeting Frank and his lovely wife, Gingie, and getting to know them over lunch. Frank and Gingie both went to Rick’s Island Salon to have their hair done by Debbie. The families are now connected by a bond that will last a lifetime, and we want to thank ‘Coastal Breeze News’ for making this happen.