Out of the Blue… Finding a common ground 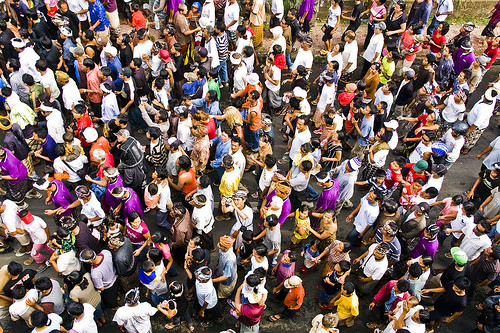 It’s all about people…

Communication. Interpretation. Life beliefs. Our choices evolve into habits which we may or may not want to break. Habits, sometimes, prevent us from seeing other’s point of view. The concept of commonality helps us to look for what we share with others rather than what separates us. Opening our mind to a foreign subject doesn’t mean we need to lose our own direction. It means we can find solutions not previously thought of; solutions that materialize by minds working together instead of apart.

The 35th In the Round hosted by IBERIABANK March 4 and facilitated by Keith Dameron was well attended by Marco’s citizenry. The topic that took center stage was the CRA or the Community Redevelopment Area project. A CRA “is intended to help communities revitalize downtowns, preserve historic structures, and otherwise enhance the designated CRA district.” The Downtown Marco CRA, if approved, will generally encompass Veterans Park, Smokehouse Bay, the industrial area of Elkcam Circle, and continuing to Marco Town Center. City Manager Steve Thompson, City Councilman, Bill Trotter, and County Commissioner Donna Fiala described the process, the benefits and some of the drawbacks.

The question and answer portion of the program was well directed by Dameron and it was interesting to note that several of the questions dealt with concern over continued government intervention. Steve Thompson reiterated that it was the citizens of Marco who would determine the course of the CRA. More questions from the audience were asked regarding the wisdom of continuing this project. Thompson pointed out that a comprehensive plan noting CRA requirements hadn’t yet been designed. Comments from the audience were made suggesting that the natural course of our economy, the highs and lows, plus the entrepreneurial sense of the businessman could possibly and eventually do what a CRA intends, but without the added government perimeters and costs. Thompson stressed that a CRA has the huge advantage of providing funds from Collier County to the CRA without burdening Marco Island taxpayers.

Control of the CRA would be in the hands of the Marco City Council and an advisory board would be appointed. All Marco residents have an opportunity to participate in this dialogue and it will be a very interesting process to watch unfold.

When relationships between people are effortless, intentionally striving for common ground isn’t as evident. Hannah Ineson is well known as a successful southwest Florida artist and is also president of Way of Life Enterprises, Inc. Ineson is facilitating a workshop in nutrition at St Marks Episcopalian Church Tuesdays at 7 p.m. Hannah says of her workshops, “the basis of what I teach is based on choice. We choose how we eat, what we do, how we relate, and what we think.” In Hannah’s classes, participants come from all points and are brought together by a common interest. “Health, energy, well being are enhanced,” Ineson says, “by diet and lifestyle” and are topics Hannah addresses.

The power of positive interaction and peace, sometimes doubted as unattainable, is actually possible. The choice to go in the direction of commonality is a challenge, especially when opinions are on opposite ends.  It doesn’t mean that it is impossible, though. Expect something great. Nothing is too good to be true.