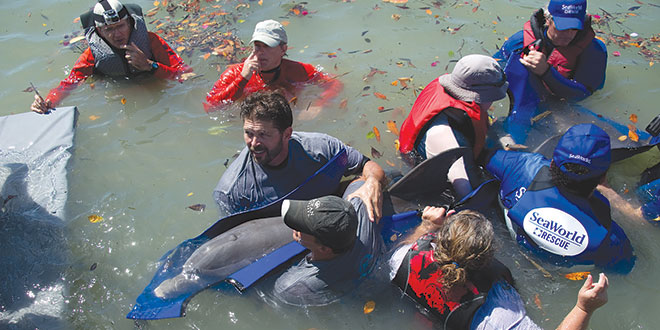 Seymour and his rescuers. SUBMITTED PHOTOS

In March 2012, one of the first rescues of an injured bottlenose dolphin took place in the waters just off Marco Island. Similar to Winter, the star of the movie “A Dolphin’s Tale,” local dolphin Seymour was entangled with fishing line around his tail fin, or fluke.

If you saw the movie 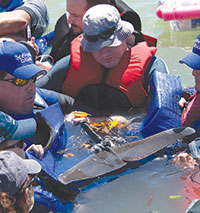 Seymour’s tail, or fluke, was wrapped with fishing line.

about Winter, you know that the tail was lost and replaced with an artificial one. To prevent the same outcome for Seymour, the staff of the Dolphin Explorer was able to coordinate a rescue involving several agencies.

On May 31, you will be able to enjoy all of the details of this event on ABC’s Sea Rescue program.