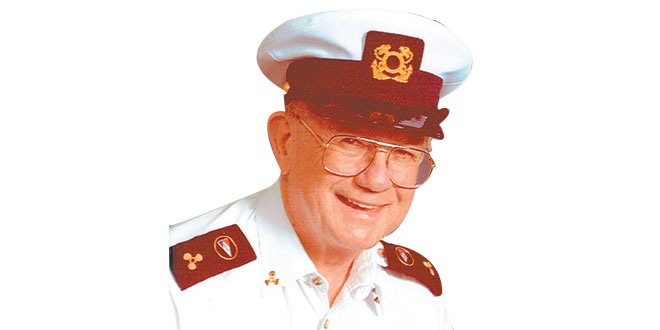 Stuart Curtis has been with Curtis Machine Company for 68 years as he began sweeping the floors in our factory at the age of eight. At that time, the “factory” consisted of a few WWII surplus machines that were located behind the family home on Sunnyside Street in Dodge City, Kansas. The building was a chicken house that had been converted into a machining job shop. Stuart became an expert machinist and was night shift foreman at the age of 14.

After finishing his tour of duty with the U.S. Army/Infantry, Stuart worked in the engineering department for the Martin Marietta Company during the development of the Titan 1 Missile at Vandenberg Air Force Base in California. One of the generals employed there committed an error in judgment, and the missile and silo blew up shaking the ground for miles around. It was then Stuart decided to return to Kansas State University, where he completed both his Bachelor of Science and Master of Science degrees in Industrial Engineering and met and married his wife and lifelong partner, Janie.

After graduation, he came back to the family machine shop that was doing precision machining for various manufacturers using their blueprints. Stuart immediately decided, “We need a product line so we have work to do every week of the year, and we need to machine from our own engineering drawings.” With that in mind, he whipped out his slide rule (no laptop computers back in those days), and designed the gears we still use today in Curtis Machine’s product. Stuart’s gear and gearbox designs have been copied throughout the world. He founded a new corporation and grew it totally from the ground up.

There was no engineering department, and there were no part numbers so he developed our current part numbering system with easy-to-identify part numbers. For example, part numbers that start with a “zero” are housings, with a “two” are shafts and with a “1” are gears. The 100024 gear and the 100131 gears are just two of his many designs that we still produce in high volumes today. He then designed our standard line of gearboxes and implemented our unique “straddle mounted bearings” design. This engineering design is one of the reasons that Curtis Machine is the largest manufacturer of right angle and off-angle bevel gear boxes (in our torque range) throughout the world.

Curtis Machine was the first company in Dodge City (except for the gas company) to have a computer. The old IBM model 360 took up a lot of space and required the room it was in to be temperature controlled. Several people worked in this department that used punched cards for data entry. Stuart used the Fortran and hexadecimal engineering knowledge that he learned during his Kansas State years to completely program this new computer. The software Stuart wrote specifically for Curtis Machine has never been equaled by IBM or anyone else. He also designed complete production machines that our production team still use today as these machines produce Curtis products more accurately and more efficiently than any machine that can be purchased today.

Time has passed, and with it, came the news in 1994 that Stuart had been chosen by Kansas State University to receive the Distinguished Service Award from the College of Engineering. In 2012, Kansas State University inducted Stuart into its Engineering Hall of Fame. Less than 0.5 percent of all engineering graduates are chosen to receive this honor. We are very proud of our Chairman of the Board Stuart Curtis, Sr.

Stuart, with his wife, Janie, moved to Marco Island in the year 2000. Stuart was very proud that he was a Past Commodore of the Marco Island Yacht Club as well as a Certified Coast Guard Captain. He loved his company along with its many employees and his beautiful Marco Island. Above all, he loved Janie, his wife of 51 years, and his son, John, and his wife, Jenny. Stuart passed away on Sunday, June 22, with his devoted wife standing at his side holding his hand and giving him kisses.

At Stuart’s request, no services were held. After cremation, his ashes will be spread over the Gulf of Mexico so that Janie can feel her dear husband’s presence during her morning walks on the beach. In our prayers, we have asked him to “Go to the light and rest in peace.” We have asked God to watch over his loving soul. His love for us and our love for him was beyond measure as it had no bounds. On Stuart’s last trip, he took an article with him about Doctor Zhivago’s overwhelming love for Lara. Doctor Zhivago’s love for her was so great that it caused his heart to rupture when he had a brief chance sighting of Lara. Stuart told Janie that he loved her even more than that. He was a very remarkable man with totally remarkable lifetime achievements and generosity.

In lieu of flowers, donations may be made to the Mayo Clinic. The funds will be used for research into the prevention of premature births which had touched Stuart and Janie’s lives. Please fill in the memo line on the check as follows:

In Memory of Mr. Lloyd Stuart Curtis, Sr. It may be mailed to: Mayo Clinic, Department of Development, 200 First Street SW, Rochester, MN 55902

Stuart requested that the following be distributed to his friends upon his demise:

When I come to the end of the road

And the sun has set for me

I want no rites in a gloom filled room

Why cry for a soul set free

Miss Me A Little — But Not Too Long

And not with your head bowed low

Remember the love that we once shared

For this is a journey that we all must take

And we all must go alone

It’s all a part of the Master’s plan

A step on the road to home

When you are lonely and sick of heart

Go to the friends we know

And bury your sorrows