No Fireworks During December Holidays 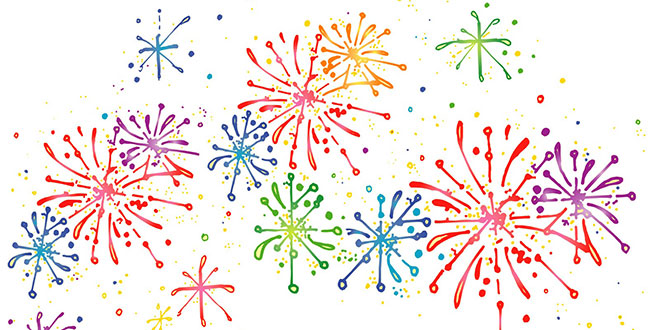 In Florida, the only legal fireworks for use by consumers, who don’t possess a special permit, are the firework types that are known as “sparklers”. “Sparklers” include Sparklers, Fountains, Snakes and Glow Worms. Illegal fireworks include Roman Candles, Bottle Rockets and any other fireworks that act as projectiles. If it explodes or is fired in the air it is illegal.

Why such stringent rules? Statistics show that the illegal use of fireworks commonly causes bodily injuries and fires to structures. Environmentally, they cause brush fires and disruptions to wildlife, such as nesting birds. A local example of cause and effect of illegal fireworks was a recent New Year’s Eve when the nesting Bald Eagles left their nest in the Marco Eagle Sanctuary on Tigertail Court due to the fireworks launched by a nearby resident. Consequently, the eggs in the nest died. Bald Eagles, a state and federally protected species, and our national symbol, needs help and cooperation from its nearby neighbors. Please refrain from illegal fireworks.

The Marco Island Police Department is responsible for enforcement of the fireworks laws. Accordingly we will be adding extra patrols throughout the City & neighborhoods during this holiday period.

For more information on Florida’s firework regulations, please call the City of Marco Island Police Department at 239-389-5050, or go to: www.myfloridafo.com/division/sfm/bfp/RegulartoryLicensing/document s/Fireworks_Enforcement_Guide_2004_text.pdf