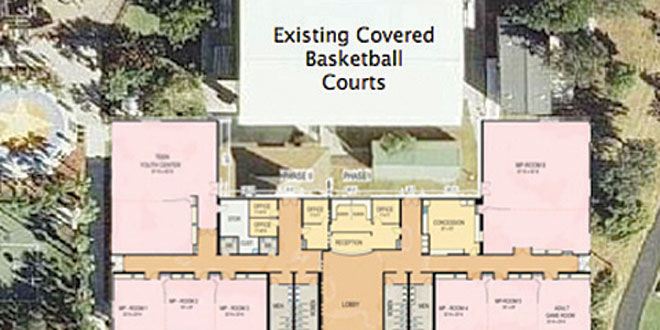 What do Marco Island residents Dick McGuiness, Rich Lutz and Eddie Webb all have in common?

“I’ve been against this for the last three years because it was just too big,” McGuiness said at the meeting. “Bryan (Milk) has put a good package together. He needs to get an okay.”

Lutz, the Director of Engineering at the Marco Island Marriott resort, echoed McGuiness’ sentiment. His experience 10 years ago with precast concrete construction for the Marriott’s Palms Ballroom and the Spa sealed the deal for him. “That building is in excellent shape. I don’t have concrete block in that good of shape,” he told city councilors. “I ask you that you would finally move forward to get this thing going. We can’t let the kids go behind. Cities that don’t worry about their kids have troubles down the road.”

“The community needs this facility,” noted Webb. “The growth is coming back to the island, and now is the time to move.”

To be sure, the plan has come a long way in the last three months. After a lengthy community debate

over the current plan in late March, City Council unanimously tasked Milk with exploring the costs of two alternative construction methods for the 25-year-old community center. In addition to looking at the cost for a total, phased renovation of the current facility, city staff also examined the turnkey, design-build modular concrete building concept.

Enter Jupiter, FL-based Royal Concrete Concepts. The company specializes in designing, manufacturing and constructing precast wall, floor and roof systems and concrete modular building units, which are capable of withstanding a Category 5 hurricane and have a 100-year life cycle. Since 1982, Royal Concrete Concepts has been involved in more than 25,000 projects.

Davission and Rupp walked the Mackle Park site with Milk on April 11, and the three men spent more than a month collaborating on the new design and construction plans. The result is a one-story, 16,070-square-foot building that will be built in two phases and adjacent to the park’s existing amenities.

Phase one consists of an 8,736-square-foot building, which will include a central lobby, reception and staff area; restrooms; two programs rooms; adult game room; and a 2,900-square-foot community room. It has been designed contiguous to the existing community center, and building permits already have been secured for phase one.

Phase two includes razing the existing community center and the construction of a 7,334-square-foot building with an identical floor plan to phase one. One room in phase two will be a dedicated to the Teen Center. 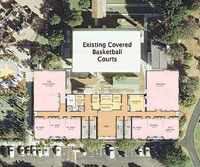 at Royal Concrete’s production facility in Okeechobee, minimizing the need for construction work and labor costs on site. As an added bonus, there will be no interruption to park programs.

When it came time for City Council to vote on the next step for the plan, efforts came up empty. Four failed votes resulted in tabling the plan for further discussion at the July 15 City Council meeting. The big question holding up City Council: How to fund the project?

With the city currently creating its budget for Fiscal Year 2014, some councilors wanted more information on funding options, including what funds the city now has in its coffers to pay for the project. Other councilors were concerned that the need to renovate the Marco Island Fire Department’s Fire House 50 may create some competition for city funds. Among those most concerned with Councilor Amadeo Petricca and Chairman Joe Batte.

“(The fire department plan) is a need,” said Petricca. “(Mackle Park) is a want-need.”