News from the Marco Island DAR 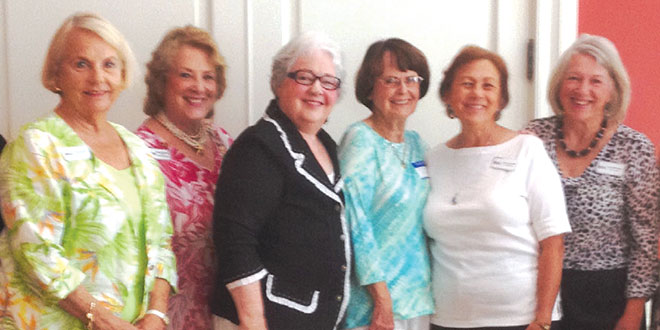 The April meeting of the Marco Island Chapter of the Daughters of the American Revolution was a busy one. Held at Hideaway Beach Club, the event was filled with awards and accolades.

First, the DAR awarded its annual scholarship to Morgan Dulski of Marco Island. The award was presented by Sandra Archambault, DAR scholarship chair.

Morgan is the daughter of Larry and Mallory Dulski, and is a senior at Lely High School. She plans to attend the University of Mississippi or University of Central Florida.

Additionally, Taylor Murry was awarded a special scholarship by Barbara Messere, Regent. This special award was given by member Betsy Townsend for Taylor’s participation with JROTC and serving on

the Colour Guard. She is the daughter of Raymond and Barbara Murry of Naples. Taylor is also a senior at Lely High School and plans to attend Hodges University or FGCU.

Morgan and Taylor attended the April meeting, accompanied by their Mothers, and were presented with their certificates of award.

Also during the April meeting, the new officers for the

coming two years were elected. The installation was performed by Past Regent Judy Kenney. Following the installation, out-going Regent Barbara Messere presented new Regent Karen Lombardi with the gavel and her Pin of Office. Barbara thanked the members for all their support and dedication during her four year tenure as regent. Karen thanked everyone and looks forward to serving as regent of the chapter.