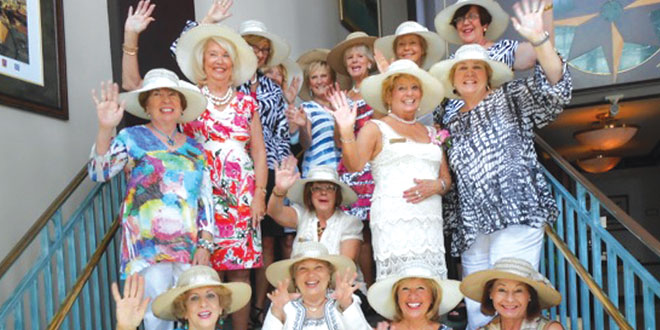 The Newcomers Club of Marco Island held its 43rd Birthday Celebration on April 10th at the Marco Island Yacht Club. There were tears of joy and recollections of happy times as outgoing President Litha Berger welcomed Sharon Cook as President for the coming year. Many Past Presidents of Newcomers were in attendance along with an overwhelming crowd of members. As well as welcoming the new President and Board, members said farewell to 33 ladies who were spinning out of the organization after their allowed five-year term of membership.