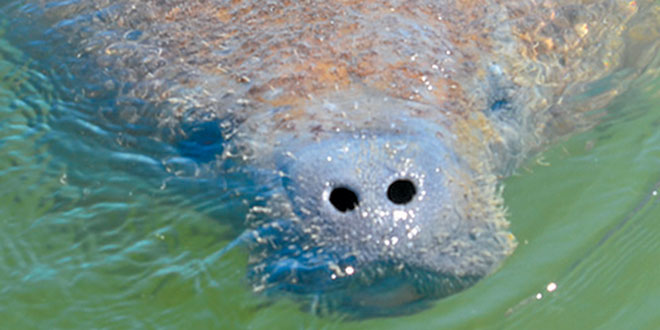 Drive east on Tamiami Trail, past shopping centers, past restaurants, past gas stations, past State Road 92. Stop at a place where water is shallow and grass is deep on both sides of the road, where you may see alligators, belted kingfishers, anhingas, hardwood hammocks, clusters of mangroves and, on the left horizon, pine flatwoods.

The left from road to horizon is Picayune Strand State Forest, a little over 78,000 acres of wild, as well as an extensive road and canal system that developers laid out some 60 years ago, advertising it as the world’s largest sub-division.

That didn’t happen. What did happen was a significant loss of wildlife habitat.

When we humans move into a new place we change the land. Seventeen thousand people bought land in the Picayune, land that had been changed in anticipation of their moving in. But, they didn’t move in.

Developers had dug canals to drain the fresh water that previously had slowly flowed in as shallow sheet through the grassland, the River of Grass, a foot deep and 50 miles wide, as they say. Land was drained and changed. Nature reacted. Vegetation changed. Wildlife changed.

And downstream the water changed.

Fresh water from the Picayune canal system, flowing through the Faka-Uunion canal, dumps into the Faka-Union Bay and significantly changes its salinity, and to a lesser degree into Fakahatchee Bay on the east and Pumpkin Bay on the west. Changes in the Picayune ecosystem directly affected the ecosystem of the downstream estuary.

But, the people didn’t move in. The people didn’t use the land. And natural use of the land was seriously disrupted. So, in the 1970s the decision was made to change the land back, to acquire back 78,000 acres from 17,000 owners and to restore the Picayune Strand.

Enter South Florida Water Management District (SFWMD) and several other federal, state and local agencies. Enter also Janet Starnes, SFWMD Principal Project Director for Picayune Strand restoration. Then began a very long-term, complex and expensive project to return the fresh water of Picayune Strand to something like its former sheet flow characteristics, and thereby to return the waters downstream to their former salinities.

Let’s drive east again, just a few miles to Port of the Islands (POI), a small 700 residence community at the southern edge of the Picayune where some people actually have moved in. They moved in at the north end of the Faka-Union Canal, the central canal that drains the fresh water from the Picayune Strand canal system.

Park in the hotel lot and walk to the bridge that crosses the canal. The view from the bridge may include manatees. In the winter months when the Gulf water is cold the view may include many manatees. The 17,000 Picayune land owners did not move in, but manatees did.

They drink fresh water, eat fresh water plants that come over the Faka-Union weir, and use fresh water to clear their skin of salt water parasites. They need warm water because a water temperature below 68 degrees Fahrenheit will cause hypothermia in manatees, and possibly death. 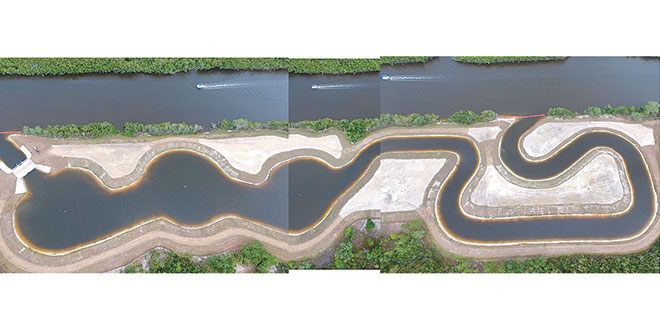 learned many years ago to migrate to POI when they need fresh water and when the Gulf water temperature becomes too cold.

Janet Starnes said, “The bigger restoration project was having a potential negative effect on the manatees by impacting the fresh water refugia that has grown up in the marina. We had to do something.” SFWMD is required by law and the project permits to protect wildlife. “In order to protect the species that are there because of the warm water we would have to mitigate any effect we would have on them.”

“The warm water refugia in the marina will still exist. It just won’t be as dependable as it has been historically. We couldn’t chance it not being there when it was needed,” says Starnes.

But, how could they mitigate the negative effects of Picayune restoration on the manatees? They brainstormed the problem, looked at existing projects in other areas, considered several alternatives; Then, settled on building an alternative fresh water refugia very near Port of the Islands.

So, standing on the bridge over the Faka-Union canal, looking south through Port of the Islands, it is difficult to see the project just half a mile away. And, it is hard to believe the manatees will go in there.

Janet Starnes commented that manatees are very curious and will find it, explore it, and learn that the water there is both fresh and warm. “I don’t know how they communicate that to one another,” she said, “but somehow they do.” And, before long they will all be going in and out of the new refugia.

But, this new manatee warm water refuge is off limits to humans. Will Port of the Islands lose the manatees and the tourism that goes with their presence in the marina area?

Starnes thinks not. “I’m of the opinion that the effect on tourism will be insignificant.” There will still be fresh water in POI, and manatees will still “come to eat the fresh water plants that spill over the weir.”

OK. Will the new manatee refuge attract even more manatees to POI?

Not likely. Certain manatees now migrate to Port of the Islands. Others now migrate to other places, such as Fort Myers power plant. It is unlikely that other manatees will change their annual migration pattern to come to the new manatee refuge at POI.

The manatee refuge project was recently completed, and will be managed cooperatively by the SWFMD and Rookery Bay Reserve. It will remain closed to human visitation, at least for the next several years.

The drive to the Picayune Strand is short, but the history getting here is long and complex. It involves dreams unrealized and mistakes yet not corrected. When humans move into a new place we change it to accommodate us. We are learning that we need to accomodate the original inhabitants as well.

One response to “New Manatee Refuge”