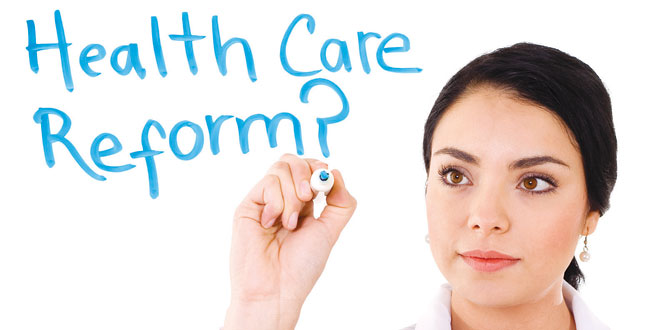 In 1975, healthcare expenditures accounted for 8.4% of America’s GNP. Thirty-five years later, in 2010, at an average cost of $8,233 per person, healthcare costs were 17.9% of our GNP, nearly 2.5 times that of the remaining developed nations of the world. If action is not taken to drastically reduce this trend, by the year 2020, this percentage could very well approach 25% of the value of all goods and services produced in our country.

Spiraling healthcare costs are the concern of every American. They are detrimental to the individual who now has less disposable income to purchase goods and services and to invest in education and savings. They are damaging to businesses which contribute to employer sponsored health plans or suffer reductions in productivity as a result of illness related absenteeism incurred by those not covered. And, it is harmful to taxpayer-funded government budgets, which fund employee health plans and pay the healthcare costs of those on Medicare and Medicaid. Without realistic healthcare reform, these mounting costs will continue to be a drag on the economy, reduce our economic competiveness, and divert monies from other crucial programs in dire need of funding.

Congress should act immediately to streamline healthcare costs by combining programs, judiciously reducing fraud, and implementing major reforms. Sadly, it is highly unlikely that our representatives will implement modifications that will be in their constituents’ best interests, because Congressional obstructionists are far more focused on the interests of lobbyists and their employers, and their own financial well-being, than the interests and the health of those they were elected to protect and serve.

To fully understand why our insurance system is so costly and why most forms of insurance are inflated, one must go back to the second half of the Twentieth Century when several of our largest insurance companies were mutual companies, and their primary obligation was to the insured. When these companies converted to stock companies, which provided windfall profits to top executives, their primary obligation shifted to the stockholder, thus adding an additional layer of costs to be paid in the form of dividends. Around the same time, managed care corporations began to emerge. Expected to substantially lower costs, they instead shifted payment from caregivers to administrators, capital improvements, and stockholders, thus adding additional layers of unnecessary outlays. To these layers of unnecessary distributions, we must add the billions spent on multiple insurance forms, and the hundreds of billions lost to fraud, unnecessary procedures, unwarranted administrative costs, and unjustified hospital admissions. It is estimated that these five alone may account for nearly 30% of all healthcare expenditures. We have transformed healthcare from an altruistic service to a greedy, profit-driven industry. And, in doing so, we have created a windfall for the insurance, managed care, and pharmaceutical companies, while squeezing profit margins for physicians and caregivers who have spent hundreds of thousands of dollars on education, while delaying, for nearly a decade, their entrance into the workforce. As for the insured, we have created insurmountable premium and patient-care cost burdens.

As part of the Lyndon Johnson’s “Great Society” in 1965, Social Security Amendments resulted in the creation of two health programs: Medicare for the elderly and Medicaid for the poor. Under President Obama in 2011, a universal health plan was passed. Many in Congress opposed passage of our new universal care program, commonly referred to as “Obama Care” because they consider it unaffordable, an intrusion into the private domain, and a prescription for disaster. If anyone should know a prescription for disaster it would be the veteran members of Congress who allowed drug companies to formulate our current “Part D” Medicare drug program with no safeguard for the government to have the ability to negotiate for competitive pricing.

To summarize our present dilemma, healthcare costs are crippling our economy, and our representatives have done nothing to strengthen the two programs under our healthcare umbrella, but have further compromised their integrity by adding a third option to further weaken the system. Although credit must be given to President Obama for addressing the need and getting a universal plan in place, the plan, although comprehensive, is awkward, cumbersome, and unnecessary.

Before I recommend suggestions to improve healthcare, I want the reader to understand that I am a proponent of free enterprise and sincerely believe that capitalism is the best path to prosperity. That being said, I do not agree with unfettered capitalism, and I believe that there are several social programs such as Social Security, Medicare, and Medicaid that should be non-profit for they benefit Americans and, if refined and managed correctly, benefit our great nation.

My recommended healthcare reforms are quite simple. Combine our three current forms of government healthcare assistance into one single payer, economically sound, cost effective, universal plan that covers all Americans, uses one standard form, adequately addresses fraud, and penalizes those who refuse to make lifestyle changes that enhance their health and reduces unnecessary expenditures. This well-constructed plan must be designed to substantially reduce overall expenditures, increase doctor participation, address patient needs, and provide equitable payment to the actual providers of care, rather than to administrators and stockholders.

Instead of increasing payments to physicians, our current system continually reduces fees paid to Medicare and Medicaid providers, which discourages physicians from participating in these programs. In many cases, these substandard payments drive physicians from their chosen profession, which may likely lead to massive shortages of American doctors, who will be replaced by physicians from foreign countries. Therefore, the plan must contain provisions for educational subsidies that establish safeguards that prevent physician shortages from occurring as experienced by countries with comparable plans.

To understand why Americans should have one universal plan, we need only to consider Medicare’s prescription “Part D” coverage. Each insurer has a different plan, different costs, and different drug coverages. This program would be far more cost effective if every insurer was required to offer the same plan, price structure, and coverage, with government negotiation of competitive drug pricing. The “Part D” debacle illustrates that profit-driven multiple healthcare options are confusing, unfair, and not cost effective.

Unreasonable medical costs have made it nearly impossible for all Americans to pursue our constitutionally guaranteed rights to ‘life, liberty, and the pursuit of happiness.” We face economic ruin due to catastrophic illness, are often unable to even seek adequate treatment, or are forced to choose between nourishment and life sustaining prescription medications.

In the past, America rightly provided a safety health net to protect our aging population. We failed to provide the same for our youth, who will be our new wave of workers, and leaders who will determine the future of our great nation, and for the middle aged men and women who provide and consume the majority of goods and services that drive our economy. Surely the quality of healthcare provided to one generation should be available to all, especially when younger generations have fewer chronic illnesses and diseases and, therefore can subsidize and lower the overall costs of a universal program. If Medicare is a sound healthcare system for aging Americans, then it should be made accessable to all Americans.

The Senate attempted to lower Medicare eligibility to 55 in 2009, but was opposed by Senator Lieberman from the “great insurance state” of Connecticut who said he would vote against such a proposal. If this bill had passed, it might have opened the door for Medicare enrollment to all Americans.

It is not too late to incorporate Obama Care and Medicaid into Medicare with premium assistance to eligible individuals and families. All Americans would be required to participate and would be covered regardless of pre-existing conditions, and all medical providers would be required to accept assignment. The result would be a one-payer system that could be streamlined and made far more efficient, far less fraudulent, much more effective, much simpler, and unequivocally less costly. I believe it is possible to reduce healthcare costs by 45-50% under such a system.

Of course the private business sector is not about to let 80% of healthcare revert to a non-profit single payer system without a fight. Insurers would have to succumb to the realization that they would receive only a portion of the pie by being limited to providing supplemental and prescriptive insurance, which would still give them 100% of both markets. And, HMOs and PPOs could be prosperous if their business model was converted from reducing medical costs to becoming the overseers of fraudulent activity, receiving a percentage of all deceptive activity. It is estimated that there is over $80 billion annually in Medicare fraud. If Medicare insures approximately 15% of our population, overall fraud in a one-payer system could potentially exceed $500 billion annually in an expanded program, thus providing a function and revenue source for the managed care industry.

Americans should endorse and embrace such a concept, for we are a nation that believes in equality, and because we share one common inevitable fate: we age. It is rational to have one universal system to provide care continuity by covering every American through this aging process. Group insurance coverage through work is normally cheaper because it spreads risk throughout each age bracket. Such a streamlined national Medicare group policy would do the same, but with far lower costs per person.

Younger generations may find this unfair and balk, because they have fewer chronic ailments. They must realize they too will age and incur many of the same ailments as our retirees. When they do, they will look toward subsequent generations for support. The majority of America’s city and town tax revenues are earmarked for public education. Taxpayers support this allocation, because they realize it is the civic responsibility of every American to ensure the next generation is well educated and able to become contributing members of society. It is fair to ask the youngest wage earners to support universal healthcare because our aging generations continue to support education funding through property taxes in the communities in which they live long after their children have since left the ‘nest.’ If seniors can pay for the education of the generations to follow, the largest budgeted expenditure for most American communities, why is it not the responsibility of younger generations to help subsidize the costs of the aging generation? If this is not a mutually agreeable arrangement for subsequent generations, perhaps the property taxes of couples without children and those whose children have completed public education, should be directed to subsidize their healthcare rather than education.

To further substantially reduce premium costs for most Americans, our efforts to make lifestyle changes should be rewarded. Premium credits should be given to Americans who do not use recreational drugs, are not addicted to alcohol, are non-smokers, and are not chronically obese, because the top 5% of the population with chronic conditions account for nearly 50% of all health related expenses. And, all schools should become proactive in the effort to eliminate obesity by introducing health classes into their curriculum, expanding existing gym classes to include more cardiovascular activity, and introducing after school intramural sport programs for those students not involved in competitive interscholastic sport.

Every American should want our general population to be healthy, and every business should want their present and future workforce to be fit. For a healthy worker is generally a happy worker, and therefore, far more likely to be a productive worker. By pooling and simplifying healthcare coverage and lowering expenses, we will reduce premium costs for every American regardless of age, and in doing so, reduce expenditures for both the private and public sectors of our economy. A one-payer system will increase our nation’s competitiveness, enhance our chances of eliminating deficits, reduce our country’s debt, and minimize the future risks of hyper-inflation and rapidly accelerating interest rates.