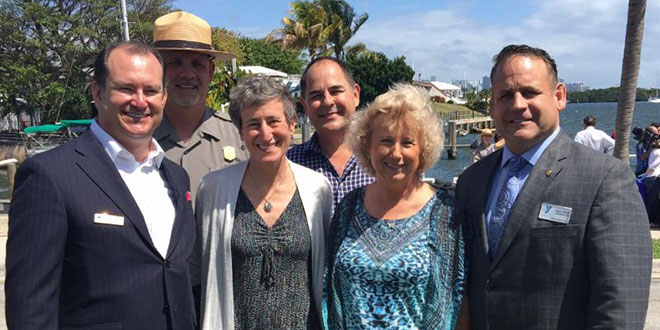 Greater Naples YMCA president, Paul Thein, attended the South Florida launch of a new initiative entitled Play. Learn. Serve. Work. from the Department of the Interior and the National Parks Service on Friday, March 13th in Miami, Florida. Here in South Florida, Big Cypress National Preserve, Biscayne National Park and Everglades National Park will be actively involved with the YMCA as early as this summer to help children explore and understand the value of our national parks.

Interior Secretary Sally Jewell announced a commitment from American Express that will support the new initiative in fifty cities across America. The effort is part of the Secretary’s initiative to connect millions of children and youth with opportunities to play, learn, serve and work in the outdoors.