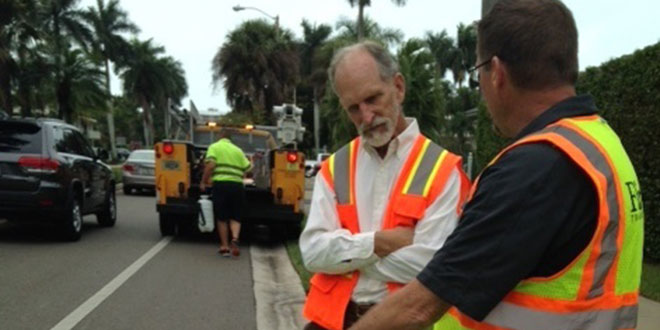 Naples Pathway Coalition took action after receiving several complaints from cyclists about the green box at Crayton and Harbour being dangerously slippery when wet.

Naples Streets and Stormwater Department in the issue, and the City offered to bring the manufacturer’s rep to town to look for a solution.

THANK YOU to the CITY OF NAPLES for being so responsive to cycling safety issues.