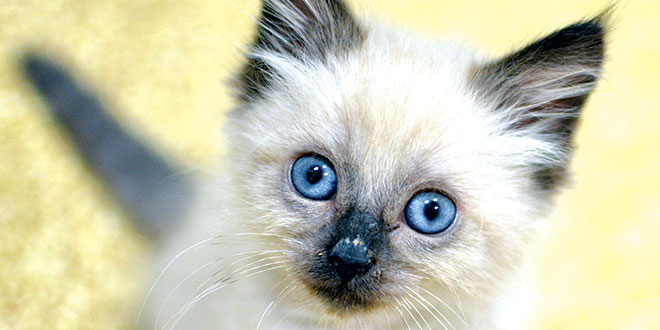 I feel the love. I know I was missed, that my absence was noticed. I even know that I missed my last deadline, but — for the first time in my life — I took a vacation! Imagine! Me, your most esteemed tortie and chief supervisor over here at For the Love of Cats, got into cars and boarded airplanes. I travelled as far south as Key West, an island where cats are revered, and as far north as Boston, where dogs rule.

And yes, as one would expect, coming home was quite a shock. I waltzed into a shelter full of strangers: litters of new and maturing kittens and a couple of moms, one of whom was so feral all she did was hiss at me. Kittens were climbing the walls of the romper rooms, and doing paw stands and backflips in their kitty condos. There were orphans; there were colony rejects; there were abandoned litters; and even a gorgeous, long haired, Himalayan-looking, lone kitten I couldn’t resist naming Armani (yes, I do have exquisite taste). He’s so handsome that he was adopted within minutes of crossing the shelter’s threshold, a phenomenon we call “insider trading.”

Back to the business at hand. Let’s start with “Tinker.” This three-month old, drop dead gorgeous silver tabby was trying to eat his way into one of our managed colonies (colonies are groups of feral cats who are fed daily by my staff). Given that cats are so territorial, however, poor Tinker couldn’t get near the food. Fortunately, the sharp-eyed volunteer who takes care of this particular colony noticed this pitiful looking, odd cat out, but the poor thing was so malnourished, and loaded with parasites, that I had to quarantine him for a while. He did tell me, however, that the meal plan here is more than meeting his needs.

The next happy-to-be-rescued feline is “Russell,” a four-month-old kitten that’s been with us for a month now. A sharp-eyed homeowner found him in some bushes, but thought he was dead. The poor boy was so weak from starvation that he couldn’t move. In fact, the day he came in we weren’t even sure he’d make it through the night. He was so severely dehydrated that he spent the night in the shelter’s ICU (a.k.a. co-founders Jim and Jan Rich’s guest room), where he was kept toasty and fed every couple 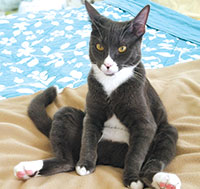 Then, my staff informed me, we unexpectedly took in a group of five-day-old kittens. Their mother had been shot twice and killed. We’re not sure who rescued the babies, but they are taking full advantage of their second chance at life. They jump, climb, run, wrestle and enjoy daily tumbling sessions.

And talk about difficult cases, I took in a litter of four terribly sick, three-week-old kittens. The poor little babies’s eyes were swollen with puss, and they were constantly coughing and sneezing because of an upper respiratory infection. Such infections are quite contagious and require special handling by my 70-member staff (we all know that dogs have owners and cats have staff).

By now you must all know that I’m not the campground type of girl, but I couldn’t resist this one chance in a lifetime moment to spend the night in a tent. I was all worried about falling prey to bears, gators and bobcats when I discovered three abandoned kittens. It was a good thing because Jan tells me that, “Kittens rarely survive the night in the wilderness.” She also said, “We were lucky that this must have been a very recent event.”

The shelter’s newest addition is “Berkshire,” a barely four-week-old kitten found all by his lonesome. Someone probably dumped him. He was so frightened and hungry that he hissed at me when I tried to introduce myself the other day, but after some warm kitten milk, this little lion morphed into a sweet, purring lamb. Jan thinks he is, “as cute as can be.” As they say, beauty is in the eye of the beholder.

So, you ask, how did I spend my summer vacation? I started in Key West where I saw the most shocking thing — a trained tortie! Everyone knows that torties can’t be trained. What would my “Most Esteemed Tortie Fan Club” think? I’d been wandering around trying to decide what to do with my tortie self when I heard the most magical words: “Cat show for cat people. Starts in five minutes. Any dog lovers go back to your seats.”

My indignant self (I was still fuming about the audacity of training a tortie!) snagged a front row seat and waited to see what said tortie — “Georges” — had up her fur. This aging performer is a classic Hemingway cat with six toes, giving her a pair of thumbs with which to perform gravity defying acrobatics. And in 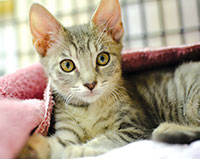 keeping with the tortie pledge, Georges wasn’t as cooperative as “Catman” would have liked. In an effort to soothe her ego, however, he reminded her: “Without you, there is no show. You are the catalyst.” Music to my ears, and that is all it took to get Georges back in the show. I, of course, did a back flip and meowed a string of “bravos!”, beaming with pride that Georges had not, in fact, sold her tortie soul. She was simply strutting her tortie stuff, demonstrating the superiority that resides in the hearts and minds of torties worldwide.

Since the heresy of “training” a cat was intriguing to me, I took Catman aside between shows and interrogated him about how one trains a cat. He told me that it takes a year-and-a-half to teach them how to climb ropes and jump through hoops of fire, and another year-and-a-half to get them used to crowds of people so they don’t get distracted or head for the hills.

Now let me tell you about Boston. I spent two weeks looking for cat pals, or even just one cat. Any cat would do! But as I strolled Beacon Street, all I saw were dogs. Dogs, dogs, dogs. Everywhere dogs! Adding insult to injury was the fact that, in front of Whole Foods, was a stainless steel bowl of water. So I drank, and then I looked up at the clear plastic bin attached to a railing. It was full of dog treats. The sign said, “Help yourself,” so I rifled through looking for cat treats. But not a crumb was to be found. I’ve decided that Boston is not a good place for cats to go.

Which leads me to my final words of wisdom: My (okay, For the Love of Cats) 2015 Glamour Puss calendar is now out and available for sale. It’s only $15 and is available on our website (www.fortheloveofcatsfl.com). Once the Farmer’s Market starts back up (November 5), you can purchase one at our booth, and while there, you can meet some of the kittens we bring every week. Don’t forget, the calendar sells out pretty fast, so if you’re looking for stocking stuffers, you better stock up!