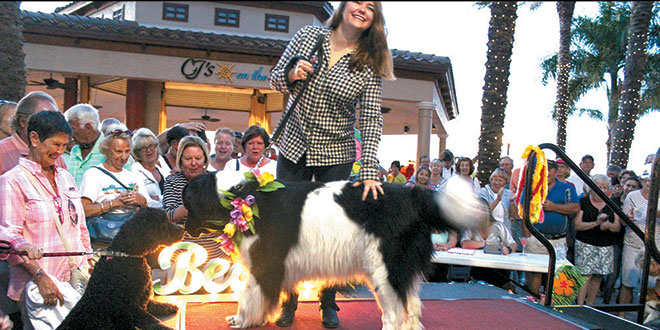 Dogs of all shapes, sizes and creeds showed up this year to the annual Mutts & Martinis event held at CJ’s on the Bay. For each martini purchased by a human, half of the cost went towards the Greater Marco Family YMCA’s summer camp program, the event’s beneficiary. There was also a silent auction with items from restaurants and other local businesses, three separate cutest dog contests, a 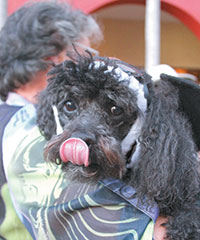 photo station, a doggy caricature artist, and even a pet psychic who read the canine’s paws, giving owners insights to their dog’s deepest desires.

This is the second year in a row that the YMCA has held the event. Previously, local charity Bedtime Bundles put it on. This year over 460 people and their doggies came out to support the fundraiser. There were big dogs, little dogs, dogs in costumes, humans 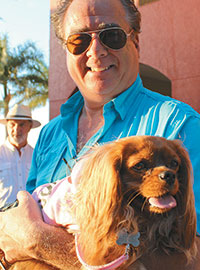 in costumes and lots of tail wagging. An impressive 45 volunteers were on the scene, helping to keep the event running smoothly and poop free. The Humane Society of Naples was also present with some cute, adoptable pups.

“This event is a labor of love,” said one of Mutts & Martinis organizers, Dianna Dohm. “All of us just love the animals. But even more importantly we love where the money goes 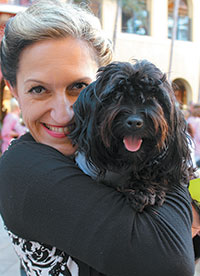 Marco Islander Miranda with her pup.

to, the YMCA summer camp program.”

As a nonprofit, the YMCA relies on events such as these in order to support their ongoing effort to serve the community. “The YMCA serves the whole of Marco Island, but we also serve East Naples,” said Fritzi Holmes, chairman to the event. “There are a lot of families that are in need and the Y never turns down anybody for their inability to pay. 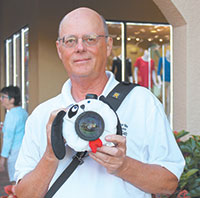 We accept everyone. The money will go towards after school programs, summer programs and the Y Reads program. This fundraiser is one of many that will help further their good work.”

According to Holmes and the many volunteers that came together on the committee, this was the most successful Mutts & Martinis yet.

Carlos the Havanese as Elvis

Jake the golden retriever as Jake from State Farm