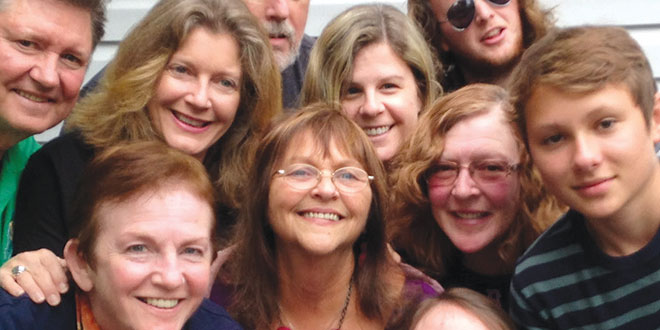 The box office is open and tickets are currently on sale for the Island Theater Company’s upcoming production of “Saga of Roaring Gulch,” written by Jack L. Canon and sponsored by Clausen Properties.

The Island Theater Company (ITC) is delighted to bring back this musical spoof of the old Wild West, originally performed to sold-out Marco audiences twenty years ago. The “Saga Of Roaring Gulch” will run over three four-day weekends in February, March and April. This 20th year anniversary of the world premiere performance is dedicated to the late Mr. Canon. ITC is honored and grateful to Mary Canon for allowing ITC to perform this show once again.

In the wild ’n wooly town of Roaring Gulch men live and die by the “Code of the West.” Boo, cheer, hiss and sigh throughout this musical melodrama spoof full of songs, dances, and, of course, a hero in white and a villain in black! It’s a classic pistol packin’ confrontation between good and evil with plenty of comedy and lots of colorful townspeople. How could it get any better than that?

The cast of “Saga of Roaring Gulch” includes many local favorites, in addition to special guest actors that are returning to Marco to perform in this fun-packed show.

Kris Knudson as town marshal, Wyatt Winchester; his credits include “Mama Won’t Fly” and “Taming of the Shrew.”

Christine High as school marm, Hilda Heartfelt. She was last seen as the blind man’s daughter in “Frankenstein: A New Musical.”

John Moulton, as Gambler Bart Black. His credits include last year’s “Arsenic and Old Lace,” and as the bitter dramaturge in “Blame It On Beckett.”

Mai Puccio, as Calantha, a lady of the evening. Her favorite roles include “A Bad Year for Tomatoes,” “Blame It On Beckett,” and she most recently gave a stunning performance in “August: Osage County.”

Jared Wagner, as Hoot Hill, the town drunk. He had featured roles in “Stonewalls Bust,” “Arsenic and Old Lace,” and recently closed in “Music Man” at the South Bend Civic Theater.

Kathy O’Brien, a wronged girl, was last seen as the mom in “Frankenstein: A New Musical.” 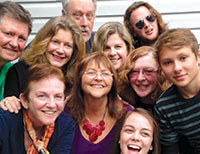 include “Always A Bridesmaid,” “Mama Won’t Fly,” and “Stonewalls Bust.”

Rounding out the cast are Mollie Boyer and Cathy Clausen-Neff as dance hall girls, Barbara Canton and Jay Terzis as town folk, with Garrett Chamberlain as Slippery Stan Slade the second weekend.

To celebrate the 20th year anniversary and add to all the fun, ITC is featuring guest actors in the role of Slippery Stan Slade. The first weekend will feature Craig Wilkinson, who was last seen in Neil Simon’s “Come Blow Your Horn.” Craig is joining us all the way from London where he has been active in films and commercials.

The third weekend features local favorite Fred Shinn. Fred and his wife Joy moved to Sedona, Arizona years ago and he will be returning to the stage to join in the fun. Some of Fred’s favorite roles include “Do Not Disturb,” “Knock ‘em Dead,” and as the cowardly lion in “The Wizard of Oz.”

“Saga of Roaring Gulch” runs Thursday through Sunday at the Rose History Auditorium, 180 S. Heathwood Drive, Marco Island at 7:30 PM, with matinees on Sunday at 2:30 PM. Doors open one half-hour prior to performances.

Show dates are February 25-28, March 17-20, and March 31-April 3. Tickets are $20 and can be purchased in person at the Marco Island Historical Society Gift Shop, 180 S. Heathwood Drive, or at Centennial Bank, 615 E. Elkcam Circle. They can also be purchased online at www.theateronmarco.com, by calling the ticket office at 239-394-0080, or at the door 30 minutes prior to each performance.

Group discounts are available. To reserve seats for a group of 10 or more, please call the box office at 239-394-0080 to make your reservations, and receive 10% off on your order. Student groups receive additional discounts. Opening night tickets include the “Meet the Cast” Opening Night Reception following the performance.

Additional cast information, show dates, and tickets, can be found at www.theateronmarco.com or “like” their page on Facebook at Island Theater Company to stay up on all the latest news.