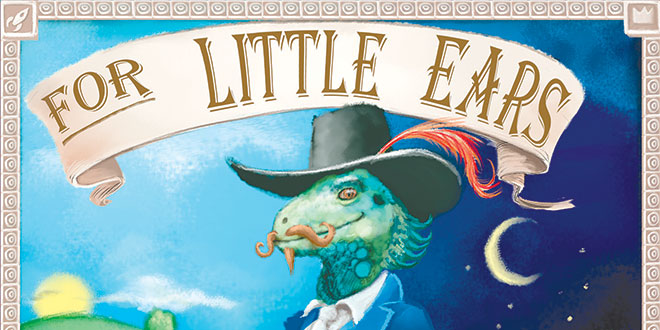 For many on Marco Island, the last name Charde is synonymous with top-notch accounting and financial services. The late John J. Charde Jr. owned and operated Charde and St. George LLC for 20 years on Marco Island before his daughter, Lorraine, and her husband, Roger St. George, took the reins in 2010.

Now, another of John J. Charge Jr.’s children is putting the family name on the map, and this time it is through music. Robert M. Charde released a children’s CD dubbed “For Little Ears of Tender Years” in late 2013, and last month, the CD received a Silver Award from the Parents’ Choice Foundation.

According to Robert, the album is an array of upbeat, fun and, at times, educational songs for kids. It also was a long time coming. Robert’s career has had many iterations. First, he was an orthotist making custom body braces for physically-challenged children. Inspired by his father’s childhood battle with polio and subsequent lifelong need for full leg braces and crutches to get around, Robert found helping people with disabilities was second nature.

Through his work with disabled children, Robert began working in children’s television programming. His goal was to bring a positive message and real world portrayal of children with disabilities. In the early 1990s, he began working in kid’s TV animation for children’s book author Mo Willems (“Don’t Let the Pigeon Drive the Bus!”), who at the time was making independent films for “Sesame Street.”

His work with Willems helped Robert build a reputation, and by the mid 1990s, he was working as a freelancer for Sesame Street, HBO Kid’s, Cartoon Network, The Ink Tank, Jumbo, 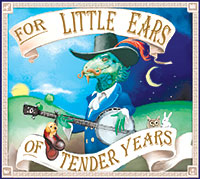 MTV Animation, Curious Pictures, Nickelodeon and others. He became an animator and producer at Nick Jr. for “Blue’s Clues,” and eventually headed an international project in which the American host of “Blue’s Clues” was removed from the animation and replaced with footage of local actors filmed in a variety of foreign regions. These international versions broke ratings and sales records in England, Korea and Portugal.

Currently, Robert is working on a second batch of songs for another album. “I’ve got a few albums worth of backlog to record my way through,” he says.

“For Little Ears of Tender Years” by Robert M. Charde is available at Keep In Touch at the Shops of Marco at 135 S. Barfield Drive. It also is available at CD Baby (www.cdbaby.com/Artist/RobertMCharde), Soundcloud (soundcloud.com/robertmcharde/sets/for-little-ears-of-tender) or on Spotify and other streaming services.