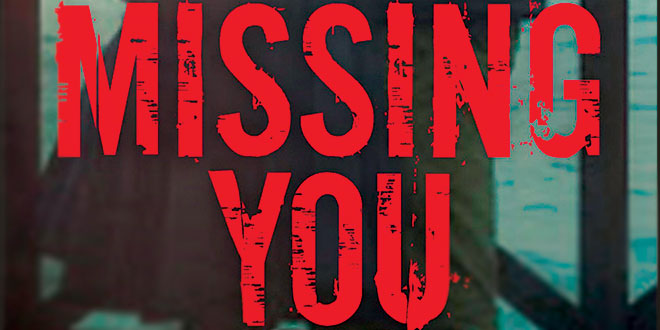 “We know that everything in our lives is complex and gray. Yet we somehow expect our relationships to never be anything but simple and pure.” – Stacy in Missing You by Harlan Coben

I became a Harlan Coben fan last year after reading Six Years which I was inspired to read after seeing that Hugh Jackman had been cast as the male lead for the movie version. Now, Mr. Coben is back with another superb, stay-in-your-seat-and-keep-turning-those-pages, good-heavens-what-will-happen-next whodunit. This time, the movie rights to Missing You were acquired by Warner Brothers the day before the book was published. This time, the story has a female lead whose personality and demeanor shriek a certain actress’ name to me, but every reader will have his/her own idea about that. When I read this book, I was unaware that the movie rights had already been sold, but halfway through chapter one I was casting a movie in my mind as each character was introduced.

My entertainment bigamy is books and movies; I love them both and refuse to part with either. However, although a half dozen or so Coben books have been optioned for movies, so far only Tell No One has made it through the film industry’s development maze. It is a French film – a superb 2006 adaptation of the Coben novel by the same title and is available at the Collier County Public Library and on Netflix. If you are new to Coben, you might want to watch this movie and get a taste of his signature fast-paced character and story development and inevitable twist at the ending. A bonus is that Kristin Scott Thomas, British actress, is in the film, speaking quite excellent French. The movie is subtitled, but the tension and excitement of the story are palpable regardless of the language. But I digress.

Katarina “Kat” Donovan is an NYPD detective; a 40-year-old, never-married female who followed her killed-on-the-job-18-years-prior NYPD Homicide detective father into the police world. Her boss, Captain Stagger, just happens to be her father’s former partner. Shortly after her father’s murder, her then-fiancé Jeff Raynes inexplicably walked out on her. She has not healed from either trauma. Her best girlfriend, Stacy, an ultra-sexy woman who draws male attention from 10 miles away, has subscribed Kat to an online dating service called Just My Type. After a few of her usual nightly drinks, Kat logs on for the first time only to discover a photo of her ex-fiancé Jeff with “widower, one child” in the profile; no name of course. Kat finally decides the appropriate response to Jeff’s profile is to send a link to John Waite’s You Tube video, “Missing You,” which had 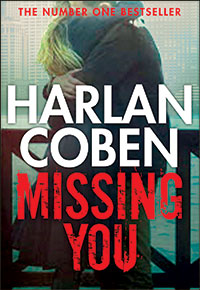 been “their music video” two decades prior. The response she received was curiously impersonal and showed complete lack of recognition not only of the video but also of her.

The puzzle that her life has become continues to expand over the next 48 hours. Captain Stagger informs her that her father’s confessed murderer, Monte Leburne, is dying from pancreatic cancer and that she needs to visit him in Fishkill prison. It is an order, not a suggestion. She learns, through a Cobenesque twist in the storyline, that Leburne did not murder her father but took the fall because he was already convicted of two murders, and “they” told him his family would be cared for. Kat also discovers that Leburne had been visited by his mob-connected lawyer, two FBI agents as well as good old Thomas Stagger, her father’s partner, the day after his imprisonment, immediately before he confessed to Henry Donovan’s murder. Now all she has to do is discover which of them is Leburne’s “they.”

Back at the Just My Type online dating service, other subscribers are being enticed to join their on-line lovers at an exotic locale for a weekend or week of frolicking. However, none of them leave the NYC area and none of them get to frolic. The 19-year-old son of Dana Phelps, one of the JMT clients, visits Kat at the police station, pleading for her help. His hometown Greenwich, Connecticut police force has refused to do anything. He got Kat’s name by hacking into the JMT website and eavesdropping on her interaction with Jeff. He is sure something is amiss with his mother.

With his usual mastery, Coben plaits these threads of plot and characters into a perfectly coiffed braid, then at the very end of the story, weaves in a hair of a different color.

Have fun with this – it is a joy to read. If you have friends or family who love thrillers or just love good writing, put this in their Easter basket. Or, give it to them just because. Check out more about this book and other Coben novels at www.harlancoben.com/bio/. Missing You is available at the Collier County Public Library, your favorite independent book store and elsewhere in all formats.

AFTERWORD: April 23, 2014 is WORLD BOOK NIGHT. I just learned of this a week or so ago, and it is too late now to participate in the book distribution that is part of this event, but there are other ways to support this great effort. Visit their website, www.us.worldbooknight.org/ to learn more. They are also on Facebook. Your donations help WBN to gift middle schools, assisted living homes, military personnel, and others with books. I love that one of their goals is to inspire teenagers to read for pleasure.