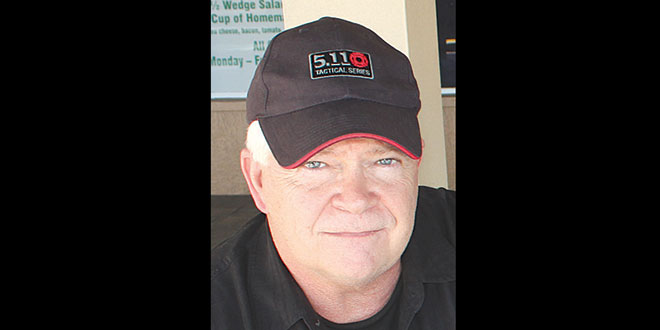 When he took over as Marco Island’s police chief in August 2011, it was only supposed to be for one year. Nearly three years, he had handed in his resignation.

According to the written notice of separation he submitted to City Manager Roger Hernstadt Friday, May 9, Hunter will remain at his post until June 1. “After due reflection and in appreciation of the consideration given to me by the past and current administrations,” Hunter wrote, “I want to provide the appropriate time necessary to properly place a successor.”

“I believe in providing this notice now I am affording the city an opportunity to have the appropriate transition time that would mitigate problems in the management of any number of potential crises,” he added. Hunter also noted in his letter that he would “provide a final transition ‘State of the Agency’ document” for Hernstadt’s review to give him “insight into agency operations, successes and opportunities for improvement.”

“From my work as a commissioner for the International Commission on Accreditation for Law Enforcement Agencies (GALEA), I believe these policy areas should receive attention,” Hunter wrote. “I may be able to assist the agency with these interests on a consulting basis if you so desire.”

At press time, Hernstadt said the city has not put together a specific plan yet for replacing Hunter, but City Council Chairman Ken Honecker commended Hunter’s service to community: “Chief Hunter’s experience and leadership have provided a significant increase in the quality of police services delivered to the community.”

Even so, Hunter leaves MIPD under a shadow of speculation and criticism, including an internal review by Hernstadt regarding the resignation of more than 24 police officers during his three-year tenure as chief and public outcry over his plan to add a School Resource Officer from the Collier County Sheriff’s Department to the local landscape. Hernstadt has yet to release any findings from his internal review.

There also is the question of Hunter’s contract with the city. Hunter is among the 11 current city department directors and chiefs whose employment is governed by a contract and whose severance clauses amount to roughly $300,000 in unfunded liabilities for the city. During the recent debut of his 2015 budget proposal, Hernstadt indicated he wanted to do away with employee contracts, and City Attorney Burt Saunders has been working on the issue.

Despite these matters, Hunter has big plans for the future that will transfer his long public law enforcement career — 30 years with the Collier County Sheriff’s Department including five elected terms in the sheriff’s seat from 1989 to 2009 — to the private sector. Hunter is going to launch a Florida-based private asset protection agency to serve the greater Naples area, an aspiration he put on the backburner while MIPD police chief.

“As you know from our discussions, I have expressed a desire to launch a Florida-based private asset protection agency even before contracting with the city in 2011,” Hunter explained in his letter. “I have made clear in our discussions and with the previous manager that though legal and ethical to begin such a business I chose not to do so while under contract with the city. In maintaining that posture, I have declined to participate in a number of significant opportunities to establish a private business.”

He continued to write: “Still, I am very interested in pursuing all overtures for private services and in being part of the larger enforcement efforts to better secure the county that I have resided in for 52 years. I believe I can best serve these interests outside my current duties to permit me to have a bigger and more significant footprint employing my skill set on behalf of the larger Southwest Florida community.”