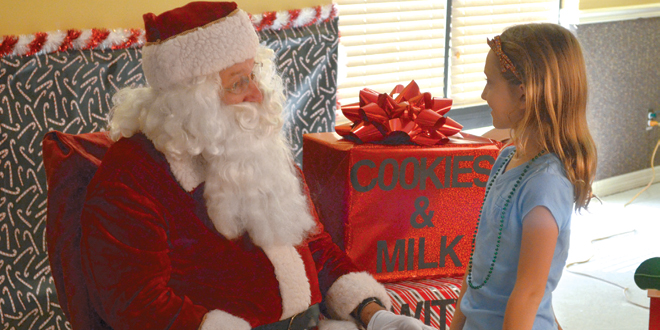 Nothing says Christmas to a child more than iconic Santa Claus. And every child knows that Santa loves milk, cookies, and cocoa. So when Mackle Park puts on their annual “Milk and Cookies with Santa” party, it isn’t very surprising the amount of kids smiling and excited to be there.

Mackle Park has been hosting its Santa party for eight years, and always for free. This year, the party was on Saturday, December 8, and from the moment the doors opened at ten, families and children swarmed in to celebrate the season with Santa Claus. Some were dressed in their Christmas best, and others came in uniform 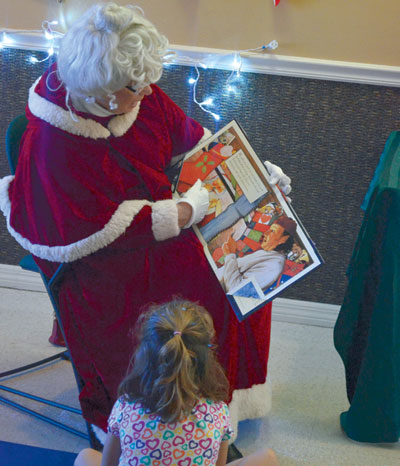 Mrs. Claus reads “The Night Before Christmas” to a child. PHOTOS BY JULIA BARNETT

after soccer, but all were enthusiastic and ecstatic to have some cookies and meet the Christmas legend.

The tradition began in 2004, when Mindy Matusiak, of Mackle Park, joined with Christmas Island Style to provide a place for local kids to meet Santa Claus. At the beginning, it was simply Santa, milk, cookies, and hot chocolate. Then in 2007, the party grew with the addition of arts and crafts, which delighted children and parents alike and brought a new level of fun to the party—now, there was more to do, more fun to have, and more opportunities to create lasting memories.

This year, in addition to the snacks, there were stations set 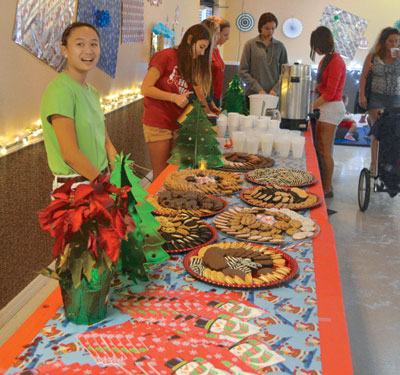 up for kids to color, make paper tress, snowflake ornaments, and stockings, as well as a table for the children to write their Christmas list to give to Santa Claus himself. Santa was listening to the lists and getting his picture taken with each child by photographer Betsy Francis, who had also been the photographer at Mackle Park’s Spooktacular event in October.

There was also a place for the kids to sit and hear “The Night Before Christmas,” read by Mrs. Claus. Santa and Mrs. Claus are with Christmas Island Style, and appear at all of their sponsored events, as well as some charity functions. They make a point to never 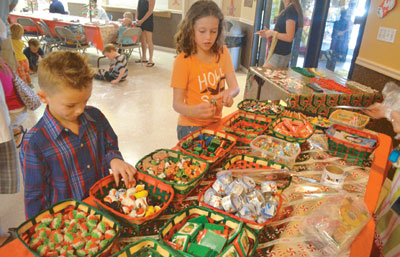 tell people their real names, so the magic for the children isn’t ruined. “Santa” has been playing Santa for 20 years, and Mrs. Claus since 2001.

The party is run by Mindy Matusiak and Lola Dial, with volunteers from Lely High School’s Key Club. “We have awesome volunteers,” Lola was pleased to say, “they’re amazing.” Some Mackle Park employees volunteer as well, like Allison Blanco, who said she loves the Milk and Cookies party because “it’s fun to see the kids dress up and react to seeing Santa.”

And the kids were all too happy to meet Santa, tell him their Christmas list, eat some cookies, and make some lasting memories of Christmastime on Marco Island.