Mila Langley: to Russia with love 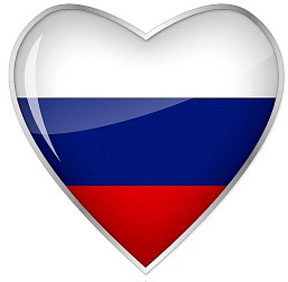 Mila Langley, a relatively new resident of Marco Island, had a difficult beginning. She was born in Moscow when it was still part of the USSR. She was raised by her grandmother at a time when the country was under Communist rule. Attitudes toward women, both at that time and even today, are much as they are in the Muslim countries where women have few opportunities. As a child and young woman, she loved reading novels, particularly those by western writers such as Reed or Hemingway. She was always encouraged by the bold spirit of Americans and dreamed of traveling the world.

There were few opportunities available at the time. She was fortunate, however, to have had the opportunity to attend one of the most prestigious universities in Russia, The University of Foreign Languages in Moscow. Mila went on to become an English teacher and then an interpreter for the Russian government. She translated for US senators and congressmen who invited her to come to the United States, which she did in 1989. She fell in love with the US. She attended Texas A & M as a graduate student with a major in English and earned a Masters Degree in languages.

Her path led her to the US government where she worked in space industries and worked closely with NASA’s longest serving administrator, Daniel S. Goldin. It was there that she helped draft the treaty between Russia and the United States for building the International Space Station. Living in Houston at the time, she had the opportunity to meet many astronauts while working at the Space Center. Mila was present at the space center in Russia and watched the first docking of the Shuttle and the International Space Station. She listened live, along with all the officials of both countries, to the communications between the Space Center and the astronauts. Her position was that of managing the analytic services company which paved the road for NASA to open offices in the US embassy in Moscow. Some of the Russian cosmonauts took her business card with them into space and actually had it stamped at the International Space Station. She treasures that card to this day.

Mila’s path led her to Marco Island three years ago when she came for vacation and fell in love with the calm spirit of what she calls her “Little Mysterious Island.” She says she made it her “Little Piece of Motherland.” Her lifelong dream of someday living near the ocean came true when she purchased a home as close as she could get to the beach. Now she can walk there in minutes.

Mila is currently employed by Airsep Corporation which is based in Buffalo, New York and sells oxygen concentrators to former Soviet Union countries. These oxygen concentrators plug into electrical outlets and generate oxygen to units from small personal units to huge oxygen plants for hospital provision. She helped open an office for Airsep in Moscow where she is in charge of the Russian company. She takes care of sales and has helped establish and expand the American medical devices everywhere they are needed in the Commonwealth of Independent States (CIS) which is a regional organization of participating independent states, formerly part of the Soviet Republic.

It is difficult to prove yourself as a woman and obtain equal professional status with men in the former Communist countries. Her job involves a lot of travel, but, being a people person, Mila enjoys it. She mentions the level of difficulty in managing people in Russia who never worked in a capitalistic environment. Under Soviet rule, it made no difference how hard they worked or how well they performed, they were all paid the same wages. She says it was difficult to form her team and to help them understand that the better they performed, the better they would be paid. However, she was able to find very well educated engineers who are willing to help provide people with the most important life sustaining substance, oxygen!

Although Mila’s beginning in life was not easy, she says she has been blessed by meeting and working with many interesting and gracious people who have inspired her and to whom she refers as her “Guardian Angels.” She says she has met many kind and generous friends on Marco Island and feels as though she is truly “Home.”