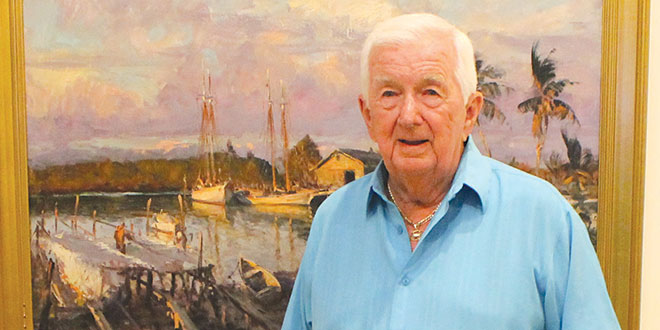 In early 1963, Jack Joyce joined what was to become the largest and most successful independent dealership for the off-site sales and marketing of Marco Island and the other nine Mackle-built communities throughout Florida.

A fellow Boston College classmate knew of the Mackle’s reputation and suggested that Joyce apply for the sales manager position in Boston. Never having been to Florida or even in real-estate sales, reluctantly Jack applied and was hired. Over the 11 years that followed, the company grew to four offices, three sub-agencies and more than 65 sales associates throughout New England.

Three times Jack was recognized as Deltona’s “General Manager of the Year” and several times received Deltona’s “Agency of the Year” award for sales performance. As Joyce says, “It was hard work but unbelievably rewarding. Selling a dream of someday living on a beautiful tropic island in Florida — what better way to make a living?”

Come and hear Joyce share his many memories of the early days of selling and marketing Marco Island during his Aug. 5 presentation dubbed “Marco Island, The Early Days of Selling and Marketing: How It All Worked.” Joyce will regale the audience with funny stories about things that happened during the early years of marketing, the origin of “Margo the Mermaid” and perhaps his greatest memory of all, meeting and getting to know Mr. Frank Mackle, chairman of Deltona Corporation.

The event is sponsored by the Marco Island Historical Society, and will be held at the Rose History Auditorium. There is no fee for members, but non-members are asked to pay $5.