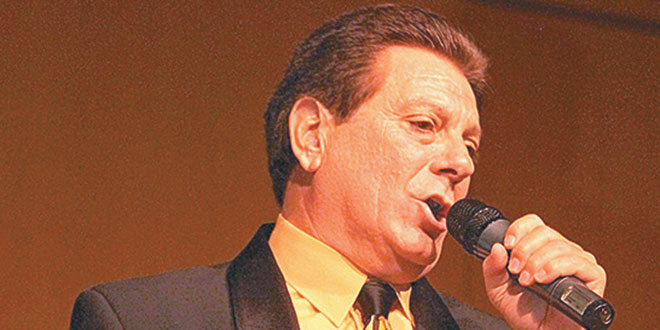 One night only hear Johnny T sing the oldies we all love.

The Marco Island Historical Society (MIHS) brings world-class entertainment to Rose History Auditorium that will delight island music lovers. Oldies but goodies take the stage in two unique, one night only performances. Get your tickets early so you don’t miss this special opportunity to walk down memory lane.

Liza and Judy, Together Again

Judy Garland and Liza Minnelli are certainly one of the most famous mother and daughter entertainers the world of show business has ever seen. Unlike the usual tribute show, this spectacular theatrical production brings Liza and Judy together again with the amazing sound-alike and look-alike artists Suzanne Goulet (Liza) and Denise Rose (Judy). Not only do they recreate the looks, the voices and the dance steps of the legends they portray, but they also are able to transmit to the audience the wonderful energy and love Judy and Liza had for each other, through this magical opportunity to do just one more show together. 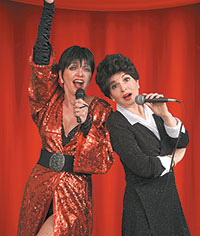 Suzanne Goulet and Denise Rose bring Liza and Judy to Marco Island for a night of pure entertainmant and nostalgia. SUBMITTED PHOTOS

T”) began singing in a boys’ choir at the age of nine. By age 22, he joined a popular Doo Wop recording group, The Mystics, who have to their credit such hits as “Hush-A-Bye” and “A Sunday Kind of Love.” Years later, as a solo act, Johnny was being called “the man of many voices” because of his amazing ability to imitate several famous performers. Attend this oldies but goodies performance and see if you don’t hum your way home.

These performances will begin at 8 PM, and tickets are $30 per person, general seating only. For tickets, call Brown Paper Tickets at 1-800-838-3006 or go to the Marco Island Historical Museum from 9 AM-12:00 PM, Tuesday through Friday. If still available, tickets will be sold at the door. Proceeds (after expenses) benefit the Catapult Campaign, a fund established to facilitate the return of the Marco Island Cat and other treasured artifacts to the Museum. The Marco Island Histoical Museum is located at 180 S. Heathwood Drive. For more information, call 239-389-6447 or visit www.themihs.org.