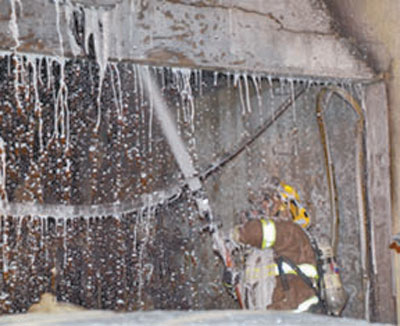 Marco Island Fire Rescue crews were called to the scene of a garage fire at 32 Gulfport Court on Tuesday, December 4, at 10:45 PM. Reports upon arrival cited a well-involved fire in the garage that extended into the attic and a victim with severe burns.

Immediately, rescue crews were alerted to the burn victim. Medic Rescue 50 initiated medical treatment. The victim was transported to Physicians Regional Hospital on Collier Boulevard by Collier County EMS. He was later transferred to the Miami Burn Unit. His condition at this time is unknown.

In the meantime, Marco Island Fire crews responded to the fire, extending lines and attacking the fire which rapidly moved into the living areas of the home. 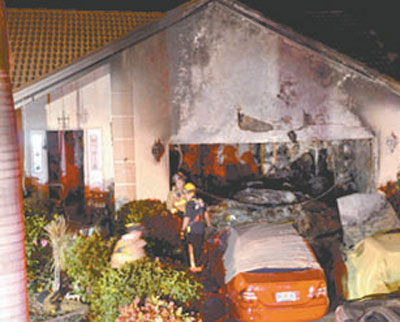 Quick response by the Marco Island Fire Rescue Department was key in establishing control of the fire. During extinguishment of the garage, the boat fuel tank ruptured sending approximately 30 gallons of fuel down the driveway into the swale, causing a hazardous condition to the firefighters. A foam blanket was applied to prevent ignition of the fuel. The home suffered extensive damage.

The fire required 24 firefighters to bring under control.