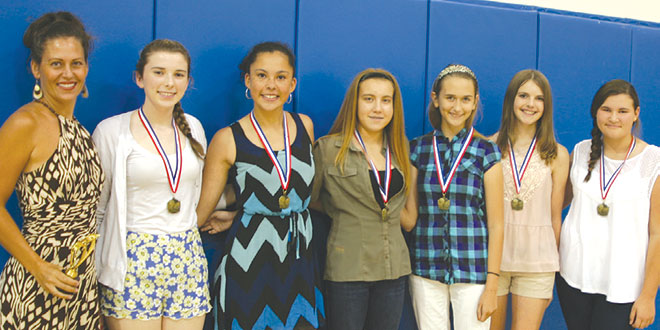 Academics and team play headed the reasons why Olivia Watt and Will Glasser were named Student Athletes of the Year at the Marco Island Charter Middle Sports Awards Night on Thursday, May 8, in the school gymnasium.

Watt was also named the top athlete for the girls soccer and track teams.

Glasser was also named the top athlete in football and track.

“Olivia exemplifies the student athlete, with a 4.0 grade point average and excelled in all the activities she has been involved in,” Raymond said. “Her hard work has been ever present and she is a role model for those that will follow.”

Strong in academics, Raymond said, “this young man has worked hard to attain a high degree of success. Will’s participation in practices at a higher level made his teammates work harder. I have seen him take on challenges this year that he would not have done in his early days as an Eagle. I look forward to his success as he takes on the challenge of high school. He will do 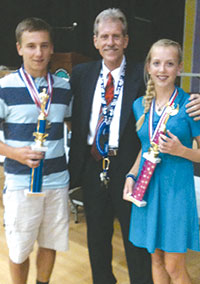 Will Glasser and Olivia Watt with Roger Raymond, Marco Island Charter Middle School athletic director, after being named the top student-athletes at the annual Sports Award Night on May 8.

Glasser said of his award, “I am very surprised and very honored. I was dedicated to hard work in sports and academics.”

Watt also said, “I was really surprised. I think it is amazing and a great honor.”

“Her effort has been fantastic,” Raymond said of Rose. “She once asked me if she could run the 100, and I said it was not really a good race for her. She told me she wanted to see what she could do to get better. She was an outstanding teammate as she worried about others.”

Raymond described Guillaume as, “a young man who was not the fastest and not the most talented on teams he played on, but he did the best he could and he made us all proud. I will miss him when August comes around, with his easy-going attribute.” 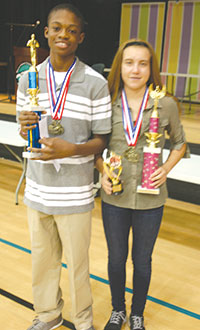 Previous recipients of the top student athlete award were: