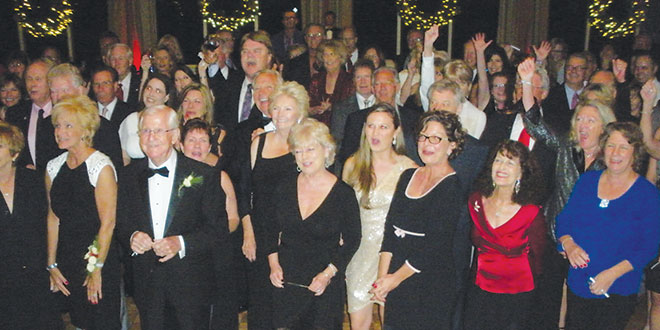 Marco Island Area Association of Realtors introduced its slate of officers 2016 and recognized outstanding performance for 2015 by members and staff at its 40th annual installation dinner.

As always and in keeping with the holiday season, the affair was an evening of festive elegance, with dining and dancing, held recently at the Hideaway Beach Club.

Announced as directors were Litha Berger, Carl Pucci and Christina Waldren, who will serve one-year terms; 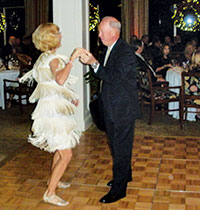 Alan and Linda Sandlin of the Sandlin Real Estate Group enjoy the music of Triple Shot.

The officers and directors were sworn in by Matey Veiss, of Miami, 2016 President of the Florida Association of Realtors.

Shanahan’s theme for the year will be, “And Then Some, Marco Island Style,” a slogan he said is exemplified by the community’s penchant for going ‘above and beyond.’ “We’re always volunteering and giving to make Marco Island a better place,” he added.

In reviewing the past 12 months, Ackerson said the year is closing with the association in sound financial shape, and its membership strong and growing. She thanked the MIAAOR’s staff and committee members for their work on association 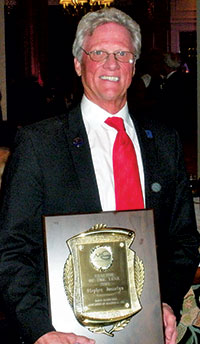 Steve Josselyn holds his Realtor of the Year award

Ackerson said the biggest issued faced by the association this year was the rental ordinance city council considered before rejecting it after the measure generated significant community opposition. She also praised the MIAAOR’s Political Action Committee, formed this year, for its efforts to preserve private property rights.

There were also four awards presented during the festivities:

Josselyn was surprised to hear 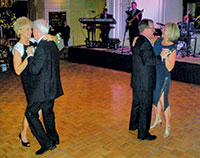 his name called from the dais. He and his wife, Bette McGilvray, are a team at Premier Plus.

“We’ve traveled a lot for the association, to the national convention, the Florida Realtors Convention and we were just doing what we do to try and help the association,” Josselyn said of his activities on behalf of the MIAAOR. “At the end of the day, that’s what it’s been all about is trying to do the best that we can for our membership and to make sure they have the best information we can give them to do business in this new real estate climate.”

He described himself as being humbled by the recognition. “It’s a great honor, it really is and I couldn’t have done it without my wonderful wife Betty,” Josselyn added.