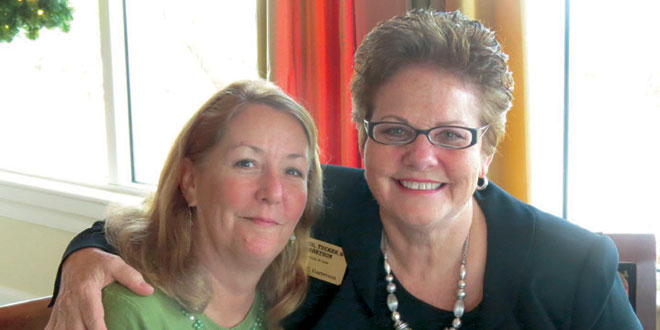 Marco Island’s Realtors were upbeat at their 37th Installation ceremony at Hideaway Beach Club on December 6th. It was almost as though the sunshine on the beach just outside the windows portended good things to come. Increasing sales and listings keyed the optimism as the real estate market continues recovering from a slump of several years buoyed them. Hideaway laid out a sumptuous buffet for 120 attendees, including seven past presidents and guests from associations throughout Collier and Lee Counties.

George Percel emceed the event, and was joined by Association President Gerry Rosenblum in looking forward to an excellent 2013. 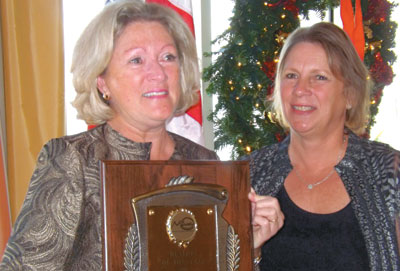 Realtor of the Year Betty McGilvrey being congratulated by Susan Ackerson. SUBMITTED PHOTOS

were presented out, in addition to the annual swearing-in of officers and directors. Marv Needles, one of Marco Island’s pioneers in the real estate business, presented the Robbie Clark Award to the “Rookie of the Year”. Ileana Bogaert has distinguished herself not only on Marco Island, but also in a number of charitable and volunteer national and international activities. Carl Pucci of Panther Home Inspections accepted the Affiliate of the Year Award. Susan Ackerson, a past president who is a tireless worker for the Association and good causes, received the Unsung Hero Award.

The President’s Special Award is not presented annually, but only to someone who has distinguished himself 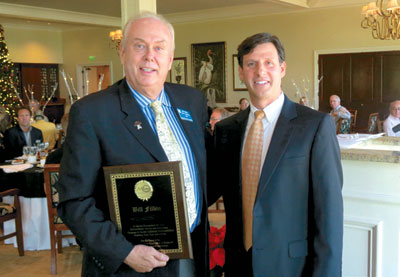 or herself in circumstances above and beyond “ordinary’ good deeds. Bill Filbin has a record of accomplishment probably unmatched on the island. He has organized and served meals to the home bound and less fortunate, worked tirelessly for veterans and others in need and volunteers for myriad good causes. On the heels of a prestigious award from the Marco Island Chamber of Commerce, he was a popular choice for the President’s Award.

Bette McGilvray, another Realtor who has a long record of achievement and volunteering, was tearful as she was announced as Realtor of the Year. She is President-Elect for 2013.

Following the awards Brenda Garretson, resplendent in a judicial 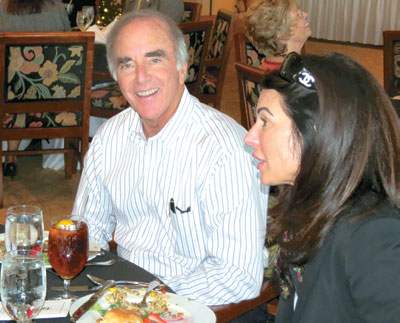 Gerry Rosenblum in his second consecutive term as president, laughed as he, “passed the gavel to himself.” He then repeated the same mantra he’s used for all three of his acceptance speeches, “I LOVE MARCO ISLAND!”