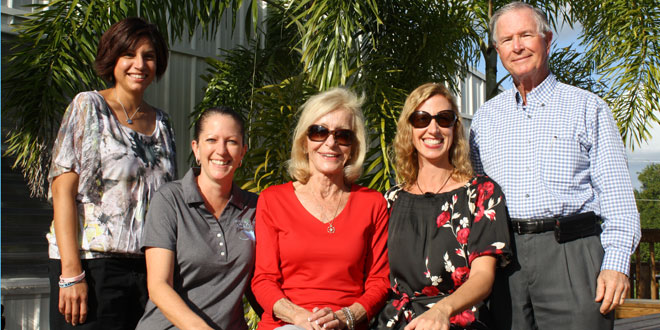 Terry McCreanor understands the difficulty charter schools can face when it comes to raising funds to keep them up and running. He also appreciates the exhilarating rush of shooting clays. Thanks to his grandsons, Daniel and Cooper Hodson, he has come to know of these things. Daniel is a sophomore at Marco Island Academy, the three-year old charter high school. McCreanor and Cooper found a common bond while participating in the annual fundraiser “Shoot Down Kids Cancer” at the former Port of the Islands Gun Club. Combining charter school charity and clay shooting, McCreanor came up with MIA’s latest fundraiser, The Bill Rose Memorial Sporting Clays Classic.

Gulf Coast Clays, formerly the Port of the Islands Gun Club, will host the charitable event. McCreanor approached Myrtle Rose, the widow of Bill Rose, for permission to dedicate the event in Bill’s honor. Myrtle and Bill’s children all agreed to support the 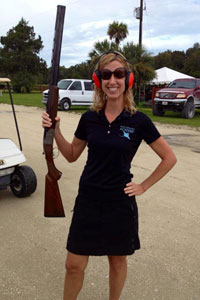 cause. “I knew Bill,” recalls McCreanor. “The only reason he liked me was because I was in the Marines and I worked hard. He would always call my office right before five just to see if I was still there,” jokes the Senior Vice President at Morgan Stanley.

Bill Rose was a marksman in the Marine Corps. “He was a Marine until the day he died,” adds McCreanor. “He was bigger than life itself. This event is going to be loud, fun and have lots of action. He’d like all of it.”

Myrtle Rose concurs. “It wasn’t quiet when Bill was around. We were all in agreement that he would enjoy the event.” Myrtle and Bill’s children will all be at the fundraiser to be held on January 25, beginning at 9 AM. 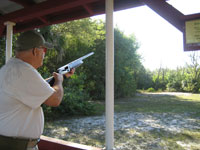 Take a shot at taking a shot for MIA.

to take their shot at clays coming from different directions. Some of the clays even roll across the ground, mimicking a rabbit. Teams of four will utilize golf carts to get to the stations. The cost for the day is $150 per person and includes 100 clays, ammunition, lunch, entertainment and an awards ceremony. Station sponsorships are available for $100.

Every station will feature a trained volunteer to help new shooters. No equipment? No problem. Rentals will be available.

Students from the high school will help at the food tent, and the MIA jazz band will play throughout the day. Daniel Hodson will also entertain, playing the bagpipes. Philly Grille of Marco Island will provide the food. Raffles will also take place throughout the day. Those who want to come but don’t want to shoot are welcome for a cost of $25 which includes lunch and entertainment.

“This is going to be a fun

Gulf Coast Clays in Port of the Islands will host the event.

event with lots of energy,” states MIA co-chair Jane Watt. “It’s something different. We’re grateful to Terry. We call him our ‘idea guy.’”

Learn more about Marco Island Academy at www.marcoislandacademy.com or call 239-393-5133. Naming rights for classrooms, gardens, signs and more are still available at the school as well.