May I have a word with you? 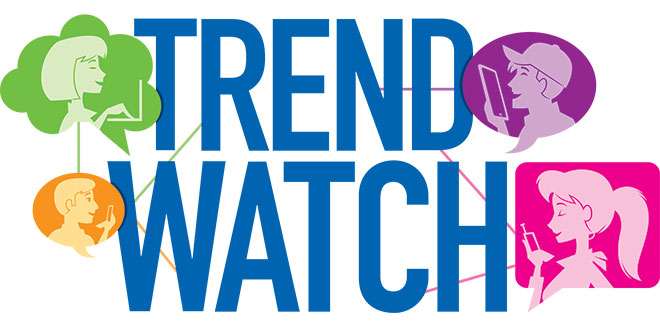 I have a problem with love. Not being loved or giving love, but with the word being overused insincerely a great deal of the time. It bothers me when an acquaintance or even a good friend ends a phone call with “Love ya.”

I want to stop them dead in their tracks and question, “Why?” Don’t take that the wrong way. I am sure there are specific people who find me likable and even lovable, but I just don’t think a run-of-the-mill call to someone to give them an inconsequential piece of information demands such an effusive declaration when a mere “thank you” or “good bye” might suffice.

“Awesome” is another overworked word. I’m amazed daily at how many awesome situations arise. Approximately 40 years ago, things were described as “cool” when their temperatures could be anything but. It meant something or someone stylish, in vogue, and desirable. But awesome can describe anything from an attractive dress or suit to a slam dunk on the basketball court. That in itself is not terrible – it just becomes so boring when it is everyone’s go-to word and occurs in every sentence, you know?

And using “you know” or “okay?” at the end of every sentence and the constant use of “like” bothers me in exactly the same way. Is the speaker waiting to be validated? I spent one evening listening to the “King of Boredom” recall how he had met his wife, okay? After every few words, okay? – he punctuated the sentence – okay? I was trying to find a way, without hurting his feelings, to say, “Like, it’s okay with me, honest, you know, you don’t have to keep asking!” Okay?

How much patience do you have for those rappers being interviewed, whose every sentence is decorated several times with the phrase, “Ya know what I’m sayin’?”

Do you think they expect a reply?

If a man wore the “ahead of one’s time” style of fashion, or stuck out like a sore thumb dressed formally to the nines at a rural hoedown, he might be labeled a “dude.” At one time dude ranches became popular and appealed to the city slickers who appeared in the west, trying to work off their urban edges by learning to be weekend cowboys. These days, a dude could be of either sex (although ‘dudess’ or ‘dudette’ might be used for females) to refer to any fellow or person.

Hey dude, have you used your cell phone to take a “selfie” lately? Oh wait a minute – maybe it’s a selfie only if I take a photo of myself. I guess you take “yousies,” and if I’m in it with you it becomes a “wesie,” whereas if the people over there take one it’s a “themsie.”

I guess it was only a matter of time before some lazy person could not bring himself to say “a jacket with a hood,” and thus the “hoodie” was born. We already had “hood” being used as an abbreviation of “neighborhood,” so now we can wonder if wearing the aforementioned jacket puts us in that category of being a good, old-fashioned ghetto-dweller or gangster.

Something we could all use is a complete holiday from all digital technology – just think of it! Declare digital detox and go “technocamping” on a “technocation!” A weekend, at least, with no cell phones, computers, or e-mail. Can you imagine family meals without the kids staring at their palms?

Not everyone uses words wisely or is as specific with them as some writers. Although it’s sometimes refreshing and even amusing to hear of a new word invention, it’s frustrating when others are used far too often.

Ya know what I’m sayin’?