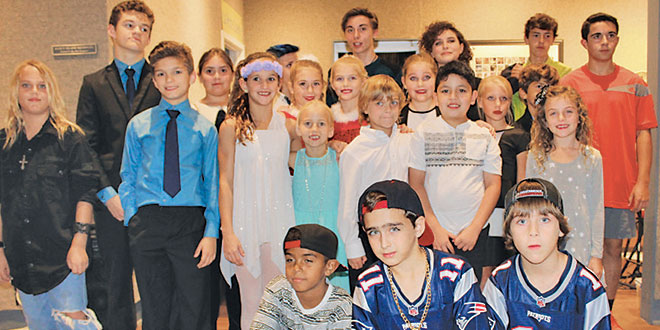 This year 22 talented kids performed to a packed room. PHOTOS BY SAMANTHA HUSTED

On December 29, the Marco Island Center for the Arts presented their second annual “Marco’s Got Talent!” event. Marco’s most talented kids, ages 6 to 18, performed in front of an audience of family members and friends, original songs, dances, piano numbers and even a jump rope routine.

“Since the kids on the island were out of school we decided that this was the kind of model that would give them the chance to showcase their talent and allow everybody to have fun,” said executive director to the Center for the Arts and host of the talent festival, Hyla Crane.

The inaugural event took place in 2014 with just seven participants. This year there was almost triple that. With 22 participants, 15 acts, and a handful of siblings and best friends performing together, there was never a dull moment.

The 2014 winner, James Burns kicked off the show with an electric guitar 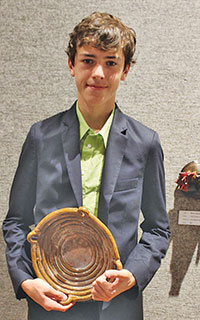 The winner Marco Distel, holding his first place prize donated by the Marco Island Center for the Arts Clay Guild.

performance of a Pink Floyd song. After that there was singing, dancing, rapping and other musical performances.

Karen Kayser Benson, Randall Kenneth Jones and Laura Spell acted as judges for the second year in a row. All three have years of experience in the performing arts and work in Naples. They were able to judge the competition, as well as scout for talent, with unbiased eyes.

“I am just absolutely blessed to have the most wonderful judges,” said Crane.

This year’s winner was Marco Distel, a newcomer to Marco Island. It seems almost fated that Marco Distel would win a competition titled, “Marco’s Got Talent!” Together Marco and his younger brother Michael, also known as the “Magical Musicians,” each performed a piano number and a magic trick. But it was Marco’s piano skills that ultimately won over the judges. Congratulations Marco!

Though there could only be one winner, everyone who came out and performed did an amazing job.