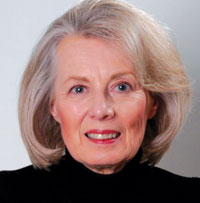 The Marco Island Writers Group held its first 2013 meeting on January 9, at the Marco Island Center for the Arts. Chairperson Joanne Tailele opened the meeting with an inspirational quote by Debby Millman and followed with several announcements. The group continues to grow as four new members and two guests introduced themselves. The planning committee is undergoing reorganization, and Ms. Tailele will be taking over the group’s computer and website needs. She also noted that a new lending library, with Lorre Trytten as librarian, is available for members to lend, borrow and share their favorite works. The group now has a Facebook page, for anyone interested.

“AuthorFest,” a venue for writers to sell their works will be held February 7, 2013 from 11 AM to 3 PM at Marco Island Center for the Arts. Over 20 local authors from all over Southwest Florida will be there to promote their books. The guest speaker, Terry Helwig, author of Moonlight on Linoleum will speak at 2 PM. Other authors coming: Marya Repko, local historian, Dom Fiorda, “Spirit Time”, Robert Messier, movie critic, “100 years of Thrillers and Chillers” and more. The free event is open to the public and wine and cheese will be offered.

The highlight of this month’s meeting was provided by the guest speaker, Karna Small Bodman, who provided an animated 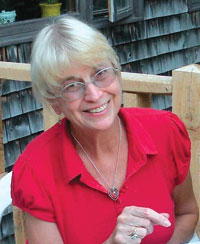 and inspirational discussion on her experiences as a successful, published author of several books. Prior to becoming an author, Karna worked in Washington under President Reagan as the highest ranking woman in the White House.

Writing spy novels has been a third career for her and she has published at least five books. She offered numerous tips to would-be writers, from how to find an agent, get self-published, how to sell once published and how to avoid the industry’s pitfalls. Her openness to questions and willingness to share made for a very lively and informative meeting.

In the last portion of the meeting, member Jean Duling led the group through an exercise in writing with brevity, using a strict eight-line format. Not only was it fun, but also a powerful learning in writing more succinctly. Jean offers classes and workshops in writing.

The next meeting will be held on February 13, 2013 at the Marco Island Center for the Arts from 6 to 8 PM. Gaby Deponte will be teaching a workshop on self-editing. Members are encouraged to bring their own work in progress where the second hour will be devoted to her assistance while the members self-edit their work.

Gaby is owner of GD Proofs, a professional copy editor and proofreader. For more information, visit www.miwriters.com, like us on Facebook or contact marcoislandwriters@yahoo.com or call Joanne Tailele at 239-784-2637.