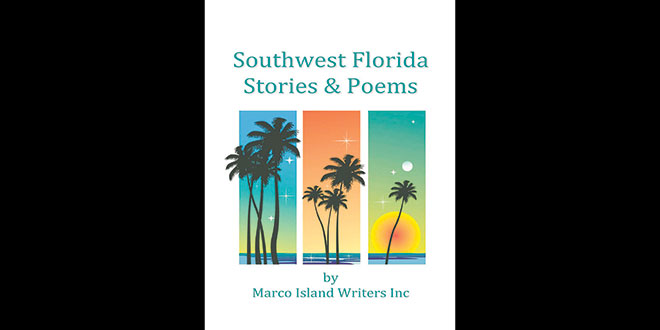 “Of all those arts in which the wise excel, nature’s chief masterpiece is writing well.” – The Duke of Buckinghamshire Sheffield (1649–1720)

Transforming creativity into finely wrought words upon a page is a passion for Marco Island Writers.

It’s a skill the group’s members practice with a dedication that is displayed in their works, such as the group’s recently published anthology “Southwest Florida Stories & Poems.”

The compilation contains 21 original stories and essays and 10 poems, all written by Marco Island Writers members with each work connected to life in Southwest Florida. Murder, romance, history, family secrets, grouchy retirees, hidden heroes and quite naturally, fishing tales are some of the subjects addressed in its pages.

“It was shortly after I got their anthologies that we started talking about doing one,” said Joanne Tailele, president of the Marco Island Writers.

Donating proceeds from sales to a worthy cause was also part of those discussions. “We decided we wanted to do something that had to do with charity and promoting reading and writing because we believe strongly in getting children interested (in those pursuits) early in life,” Tailele added.

What resulted was a decision to make the Literacy Buddies program of the Early Learning Coalition of Southwest Florida the recipient. The coalition works to increase the availability of quality early learning programs for families and young children in Collier, Lee, Glades and Hendry counties.

“We were delighted to hear from the Marco Island Writers about their donation,” said Susan Block, CEO of the Early Learning Coalition. “The money that they are donating to us goes into our Literacy Buddy Program, which like most of our programs, donations come into the organization and out to the community. In this case, the money is used to purchase books for children. We believe very strongly that the best way 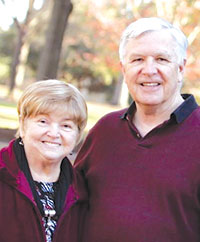 to inspire a child to become a reader and a writer is for them to own books.”

About $700 in proceeds has been donated to the program thus far. The $14 book can be purchased on the island at Sunshine Booksellers, Bombay Book Den in the Bombay Liquor Store, the gift shops of the Marco Center for the Arts and the Marco Island Historical Museum and the Marco Island Writers booth at the Veterans Community Park during the Farmers Market. Online orders also can be placed with Amazon.com

The book also is found on the shelves of the Collier County Library System’s Marco branch.

Tailele said Marco Island Writers member Pauline Hayton was instrumental in making the anthology happen. ”She did the editing, she designed the cover, she put it all together, she sent it to the publisher,” Tailele added. “She did everything, but write all the stories.”

“Southwest Florida Stories & Poems” will also be among the books for sale at the Marco Island Writers upcoming Authorfest 2015, set for 3:30-7:30 PM, Wednesday, March 4, at the Marco Island Center for Arts. The three-year old event is free to the public and will feature 36 local authors promoting and signing their books, as well as readings and discussions by 16 of the writers.

“We will have lots of different types of books,” said Tailele, citing children’s books, mystery, romance, memoirs, women’s fiction and a cook book as examples.

The Center for the Arts is located at 1010 Winterberry Drive. For more information, visit the Marco Island Writers website: www.marcoislandwriters.com/

For the Feb. 11 meeting of Marco Island Writers, former Pulitzer Prize nominee, Sandi Tompkins, and husband, Scott, will present a workshop focusing on developing story ideas, interviewing techniques, story structure and how to “Cut the Fat” (condense, tighten and edit) your own writing.

Scott and Sandi bring decades of newspaper and magazine writing, book-editing and teaching experience to their workshop.

Marco Writers’ meetings are held at the Marco Island Center for the Arts at 1010 Winterberry Dr. on the second Wednesday of every month. Doors open at 5:30 PM, and meetings run from 6-8 PM. First time visitors are always free.