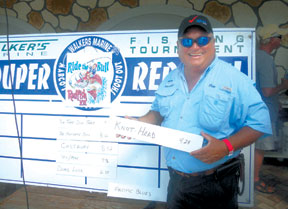 Club president Pete Arcidiacono is all smiles despite getting knocked off the board.

The Marco Sportfishing Club kicked off its annual redfish tournament on Tuesday, October 23 at Walker’s Marine in Goodland. Two person teams went out in 16 boats 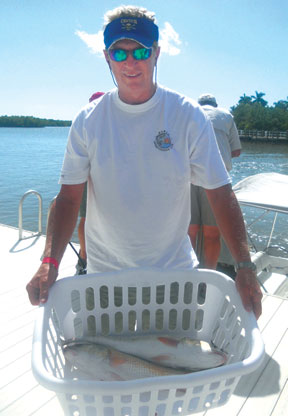 on a mission to bring back the largest regulation size redfish. The winners, Bruce Robertson and Chuck Gainan, brought back two fish weighing in at 9.34 lbs. The event 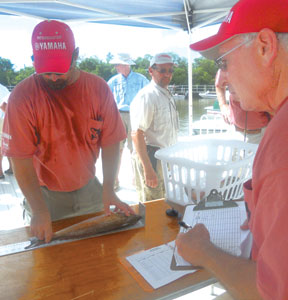 Captain Sean Black of Walker’s Marine, ‘weighmaster,’ for the event, weighs a redfish while Howard Laskau of the Marco Sportfishing Club keeps score.

kicked off ‘Ride the Bull’ week, a term for bringing in a large male redfish. The club also held boat and individual tournaments on Wednesday, October 31, closing the tournament with an awards dinner.