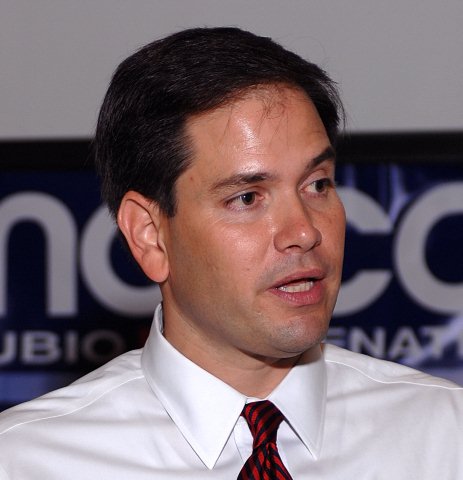 2010 Republican candidate for the U.S. Senate-Florida ,  Marco Rubio,  held a ‘meet & greet’ session at the Rose History Auditorium on Marco Island on Friday, July 23rd.   After the invocation by Rev. Thomas McCulley, and introductions by Richard Shanahan, Frank Recker and Bill Morris, Mr. Rubio addressed the audience. Following his speech, the candidate took some time to talk to those in attendance.  Among the residents who chatted with Rubio, was Joe Granda who gave the candidate a baseball cap embroidered with the words, “Cuban Immigrant”.