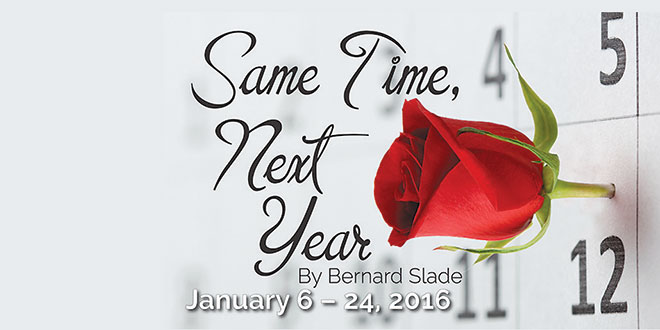 Same Time, Next Year a romantic comedy by Bernard Slade ran four years on Broadway, winning a Tony Award. Directed by Richard Joyce, a 50-year theater veteran, Same Time, Next Year plays out the saucy romance and hilarious habits of two people who have an affair each year for 24 years while married to other people!

Director Richard Joyce says, “What makes this show both entertaining and nostalgic, is that George and Doris are both married to someone else, and a one-night stand grows into a lifetime of one-night stands. Even though it’s “naughty,” you’ll enjoy watching their relationship grow, which is so nice.”

George (Jim Langlas) and Doris (Michelle Langlas), married in real life for 40 years, are perfect for the roles of George and Doris who develop 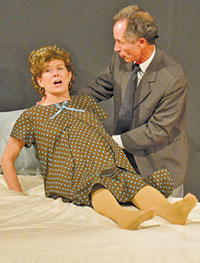 an emotional intimacy deeper than what one would expect to find between two people who are having an affair.

Michelle has acted in several local plays, particularly on Marco Island. Jim is a Professor of English at Florida SouthWestern State College. Last year he played the role of an Irish priest in “Queen of Bingo.” This is his first major role. Both have been residents of Naples for 9 years.