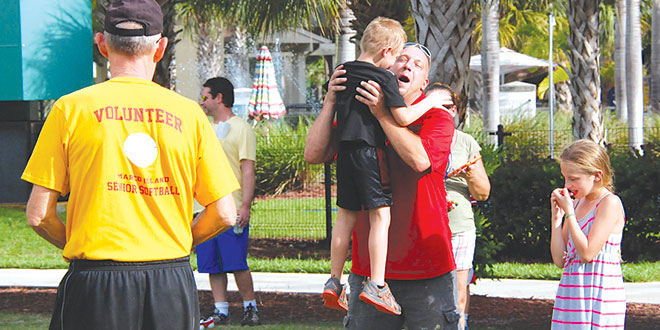 ….And celebrate with him afterward. PHOTOS BY NOELLE H. LOWERY

Marco Island’s under-15 set was ready for some football on a balmy Monday evening, as they gathered at Mackle Park to participate in the NFL Punt, Pass and Kick Competition (PPK).

This was Marco Island’s 10th year to hold the NFL-sponsored, free competition.

Hosted by the city of Marco Island Parks and Recreation Department on Sept. 15, 31 boys and girls demonstrated their pig skin prowess like the pros in front of a supportive grand stand full of parents,

Members of the Parks and Rec staff and the Marco Island Senior Softball League tracked each participants progress.

friends and coaches. Established in 1961, the PPK program is the oldest of all the NFL youth football programs, attracting more than 4 million participants nationwide each year. PPK competitions are held annually from May through January, and is one of the world’s largest youth sports participation programs.

Participants ranged in age from 6 to 15.

field. Points are given for distance and accuracy for each portion of the competition and then combined to reach an overall score.

The Parks and Recreation Department would 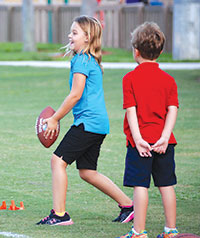 Winners of the Marco Island competition were: