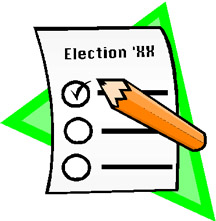 From the Supervisor of Elections, Jennifer Edwards: Since the difference between the third place finisher, Chuck Kiester, and the fourth place finisher, Ted Forcht, was less than .25%, such a review is mandatory under Florida law.

Under the authority of the Collier County Canvassing Board, the machine recount was conducted at the Supervisor of Elections Office immediately following release of the unofficial results on January 26, 2010. The manual recount, which is an examination of the over and undervoted ballots, has been scheduled for 9:00 a.m. on Thursday, January 28, 2010. This public meeting is being held at the Supervisor of Elections Office, 3301 Tamiami Trail East, Building C-2.

This means the ballots will be checked to make sure votes were read as intended, if, for example, the areas filled in by voters were done accurately and correctly interpreted.

Congratulations on a  hard-fought campaign!